A US Marine in World War II, H. C. Westermann (1922–1981) is the only artist associated with the Monster Roster to have reenlisted and been deployed in Korea, where his experiences made an indelible and excruciating impression that would reappear endlessly in his ink letter drawings and meticulous wood sculptures.

A maverick original, Westermann can only be included in the Roster by affinity, not as a stylistic exponent. Even if it’s always tinged with a humorous cast, the death ship imagery that Westermann explored extensively on paper and in wood and metal relates directly to the existential postwar gestalt of artists like Leon Golub and Cosmo Campoli.

As Max Kozloff wrote: “There was no need for the fanciful hostility of Chicago art to infiltrate, when it already co-existed in his vision.”[1]

“In a sense each piece is a reassurance of my own inner self, true inner self that is.” 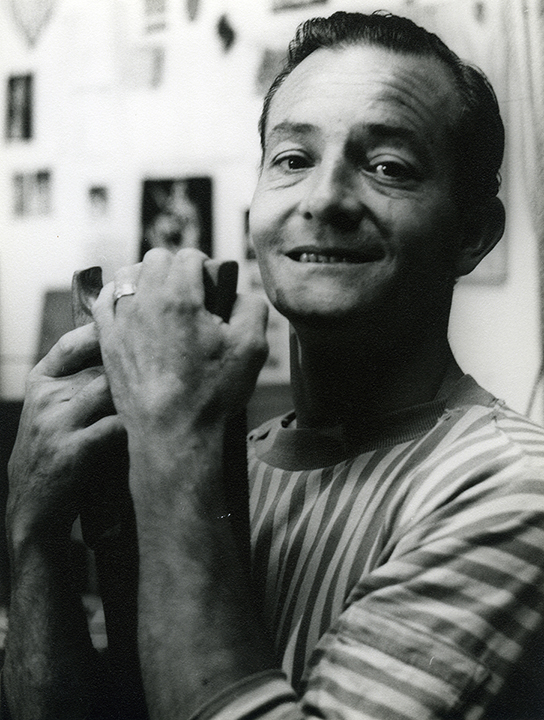