A sculptor among painters, universally adored as a person, Cosmo Campoli (b. 1922, South Bend, IN; d. 1996, Chicago) returned to themes of birth and death repeatedly, merging the two into a singular unity, epitomized by his classic 1951 work The Birth of Death.

He cofounded the Contemporary Art Workshop in 1950, a nurturing spot for young local artists. He remained in Chicago after some Monster Roster comrades left, and his work became smoother and more overtly surreal, exploring abstracted bird and egg imagery in great detail.

A bohemian to the end, he was lovingly described by Ted Halkin: “Cosmo was a very special kind of person, full of energy and intuition and insight. I think I was jealous of his continuous flow of creativity, and I thought, well, I could catch the disease perhaps.” 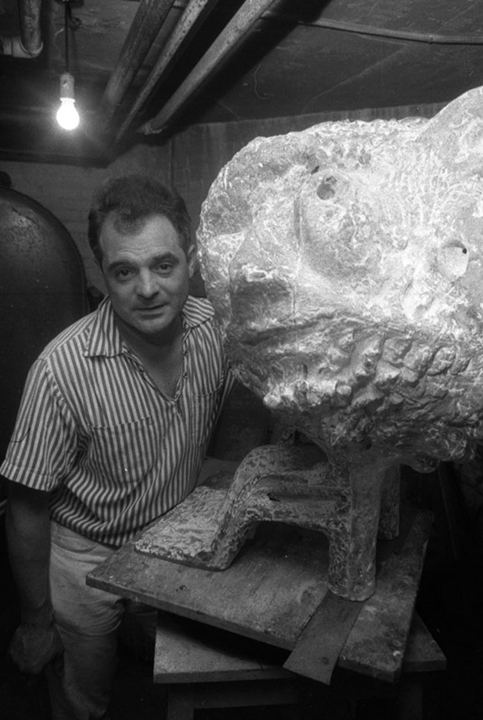