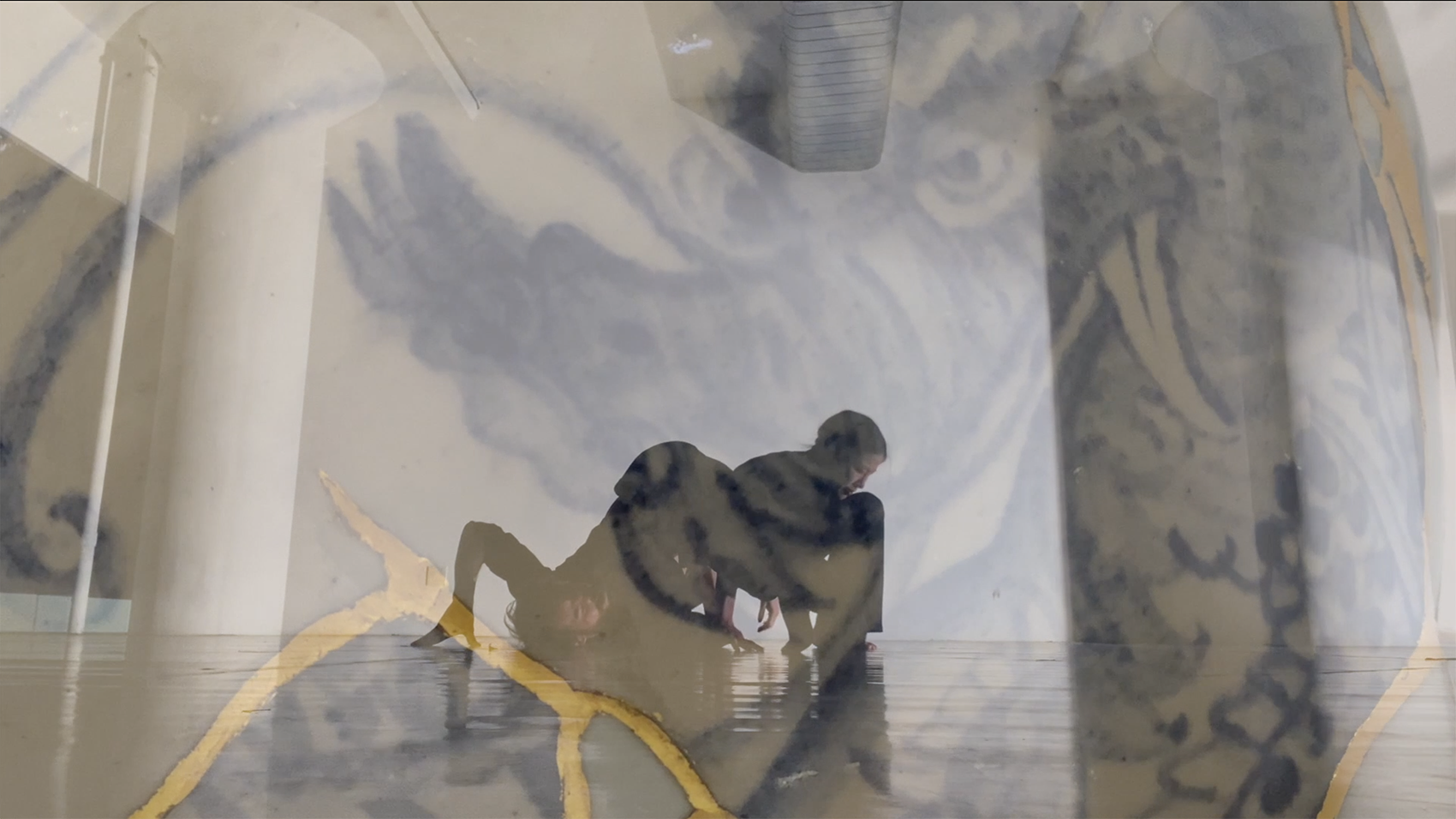 Yeesookyung’s Translated Vase reshapes and repairs broken, rejected, and discarded fragments of imperfect ceramic with gold seams. Shown in the open, without glass, only slightly raised off the floor, it is sculptural and creaturely rather than ornament or artifact. Its placement invites our movement around and down to see its details—rendering us also more creaturely in the viewing—of an object the size of a human embrace, no longer a vase or a vessel but an organ, with a heart’s chambers, valves, and veins–yet sealed and suspended from rhythm and function. We circulate this chimeric figure, an assemblage of mythological and biological flora and fauna upon its lustrous skin.

In Porcelain: Material and Storytelling, Translated Vase appears like an offering on an altar in a space given to meditation on porcelain as culture and material. Other times it stands alone, equally strange and equally at home among global contemporary art as it is among East Asian porcelain artifacts. It presents a contrast of fragility in its materials, strength in its methods, and a multiplicity of times, of the implicit antiquity and authenticity of its components, of the apparent finality of firing, and of a process, which may be ongoing, of fracture, recontextualization, and metamorphosis.

In these performances, we search for a way of occupying space together through a series of structures that combine a codified vocabulary of breaking with the chaos and opportunities of contact improvisation. As products and inhabitants of a history that includes trade, exploitation, imperialism, piracy, imitation, opium, war, displacement, xenophobia—and also creative exchange and new communities—we can only embody in our moment the contradiction of who or what is authentic, foreign, dominant, creative. In a process that includes breakage, separation, and difference, we occasionally find grace—but, like Translated Vase, the breaks and cracks are not only visible but essential to the structure.

This project was created in response to Phil Chan’s Ballet des Porcelaines and sponsored by the Center for East Asian Studies at the University of Chicago with support from a Title VI National Resource Center Grant from the US Department of Education.

Irene Hsiao is 2020-21 Artist in Residence at the Smart Museum and a 2022 Fellow at High Concept Labs. Her work at the Smart includes choreography, site-specific durational improvisation, video studies, and virtual performances inspired by exhibitions and artworks including Monster Roster: Existentialist Art in Postwar Chicago (2016), Emmanuel Pratt's Radical (Re)Constructions (2018), Virginio Ferrari's Dialogo (2018), Tang Chang: The Painting That Is Painted With Poetry Is Profoundly Beautiful (2018), The Allure of Matter: Material Art from China (2020), and Lust, Love, and Loss in Renaissance Europe (2021).

Riley Puhr is a physical therapist. He studied Mandarin for four months in Taipei, Taiwan and lived in Shanghai, China for three years, where he earned a master's degree in Chinese philosophy at Fudan University. He has been breakdancing since 2004.

Born and raised in Beijing, China, Jonas Sun is an interdisciplinary artist and filmmaker who explores mundane activities whereby he reveals nuances of personality, especially of those who share multiple shifting and overlapping identities. His works incorporate video, performance, documentation, soundscape composition, bodily installations, and more. He strives to provoke conversations around neglected experiences by inviting the audience to participate in his subjective and sensory exploration of themes such as healing, memory, selfhood, etc., while promoting awareness of the social influences that shape those values. At the end of the day, Jonas believes that living is an art form and everyone is an artist, whose voice deserves to be respected and listened to, starting with themselves. 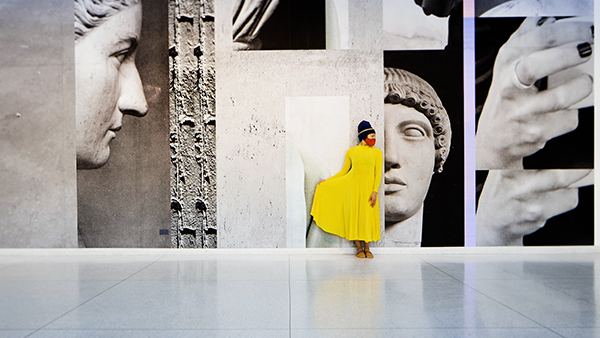 A virtual performance that plays on the collage, colors, forms, and Bauhaus influence in Claudia Wieser’s two-dimensional and sculptural works. (April 11, 2022) 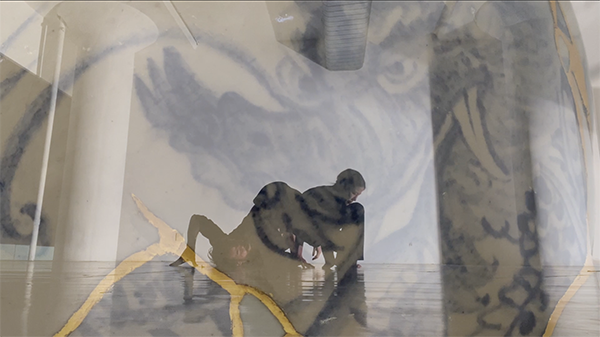 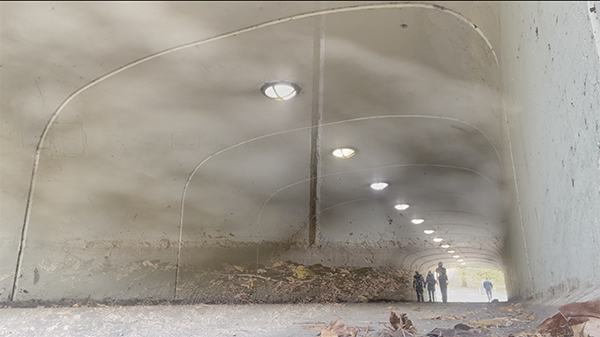 A community art project developed in response to Toward Common Cause and Smart to the Core: Medium / Image. 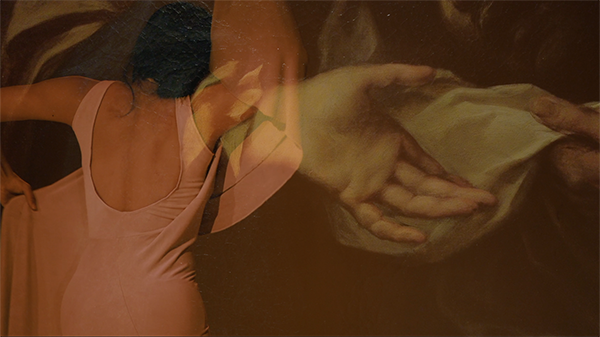 A performance from Irene Hsiao, inspired by Lust, Love, and Loss in Renaissance Europe. (September 13, 2021) 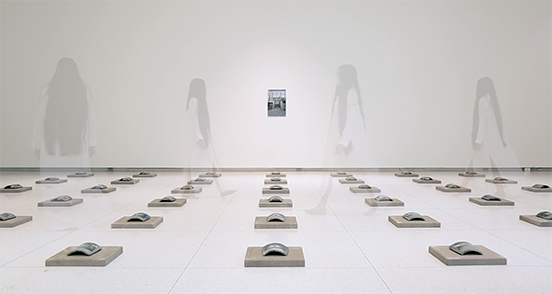 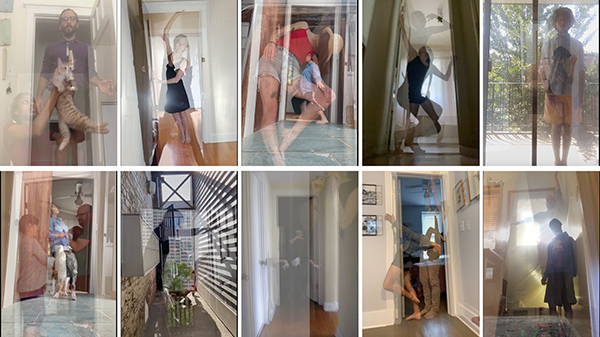 Merely a Mistake: A Score for your Door

Based on a score by Irene Hsiao, participants independently created home videos for this community art project inspired by Liu Wei’s Merely a Mistake II No. 7. (September 7, 2020) 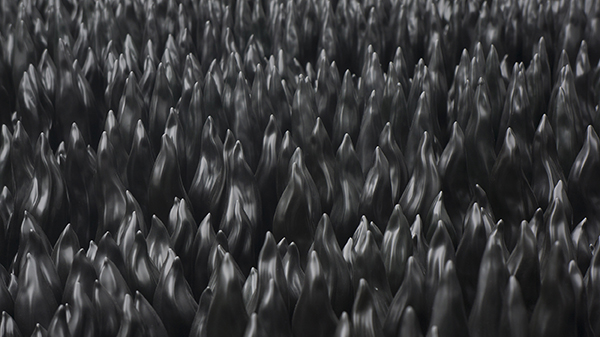 A participatory experience that combined live music with optional at-home art-making to honor community and memorialize loss with the Class of 2020. (June 12, 2020) 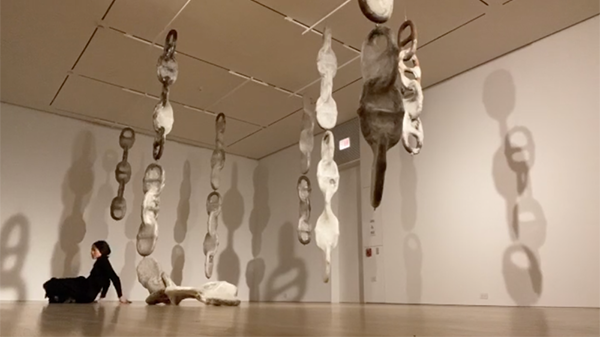 Score for an Unfinished Dance

A unrealized, proposed tour of Wrightwood 659 and The Allure of Matter with dancers and guides, designed by Irene Hsiao. (March 21, 2020)