In a sequence of distinct bodies of work, Halkin’s early years moved through loose, James Ensor–like parades of shadowy human forms; haunting and playful mythological figures in relief, sometimes with kewpie-doll faces; altered furniture in the form of figurative and animal; and totemic sculptural objects in papier-mâché, wood, and bronze.

Then he switched abruptly to a bright, abstract modality connected to Miyoko Ito, Evelyn Statsinger, and the ’60s Chicago Imagist aesthetic.

Halkin: “Any abstract painter—Rauschenberg—anyone working in New York, is producing work, with rare exception, paintings, which tend to be open, and here they tend to be closed. So what are these Chicago virtues that are being exhibited? I think they’re really middle-class virtues: hard work, doing a good job and finishing it, conscientiousness.”[1] 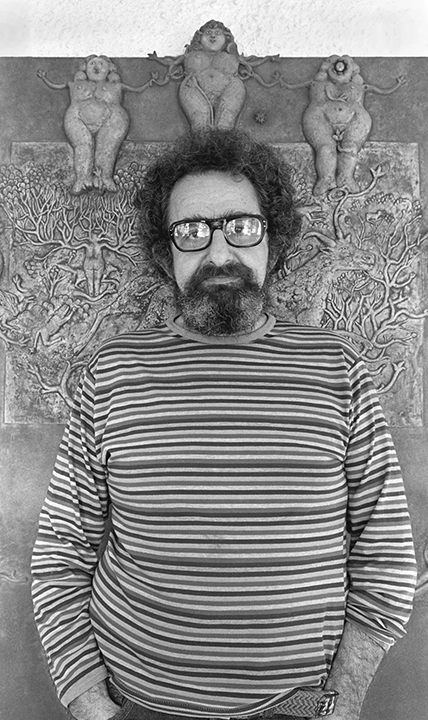