“[June] Leaf’s view of the world is one of inter-relating public and private theaters of existence,”[1] wrote critic Dennis Adrian.

Leaf (b. 1929, Chicago) was more whimsical than some of the Monster Roster artists, with an active fantasy life that she explored on canvases and in drawings and prints. Paintings from the mid-1950s, like Arcade Women, featured an ominous perspectival grid, crossing lines articulating a matrix in which figures are caught. By the 1960s, she was making painted sculptural objects, including Vermeer Box (1966), a masterpiece of subjective and spatial disorientation.

She settled in Nova Scotia in 1970, after living in New York for nearly a decade.

“What I really want to do is make people, from the inside out.” 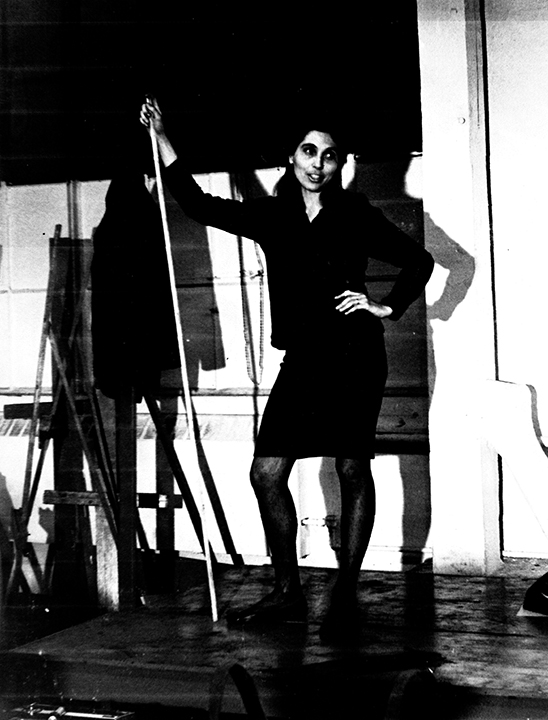