Although Irving Petlin (b. Chicago, 1934) was younger than the core group of Monster Roster artists, and met them when he enrolled at the School of the Art Institute of Chicago in 1952, his early paintings and pastels are essential to the Monster oeuvre.

After student attempts at abstraction, he returned to figuration, saying: “It was missing the human imprint; there were no faces to look at; there were no eyes staring back.”[1]

European in outlook straight out of the gate, he was living in Paris when he experienced police violence during a street demonstration against the national policy in Algeria, which resulted in the 1962 series Hundred Fighting Men. His work has a magical, other worldly quality—blurred anamorphic figures congregating in piles, singular men appearing and vanishing from sight. 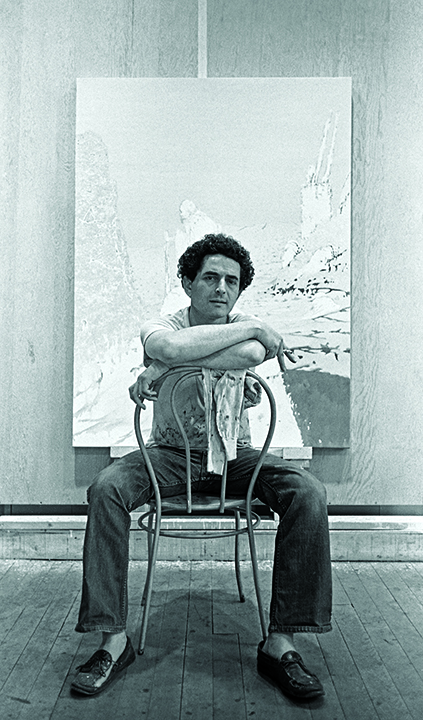