Dominick Di Meo (b. 1927, Niagara Falls, NY) spent some of his childhood in a polio ward, which gave him a uniquely hellish reservoir of images to draw on as a young Monster.

Early personages were painted in swirls of poured enamel, and experimenting with materials was a sacred part of art making to Di Meo; frottage, assemblage, bronze, and plastic wood were important tools and techniques.

Dismayed by the fact that Di Meo had never visited his ancestral lands, Leon Golub organized a group of collectors to pitch in and send him to Italy in 1961–63.

“Tàpies knocked me out with his thick paint and vinyl,” says Di Meo. “Redon was a big influence, as were the American primitives, like Morris Hirshfield, as well as Eldzier Cortor and Julio de Diego, two earlier Chicagoans who used areas of relief in their paintings.”[1]

Di Meo settled in New York in 1969, where innovations with transfer took him far from the Monster Roster aesthetic, leaving behind rough-hewn surfaces for thinner, smoother ones using photographic collage elements. 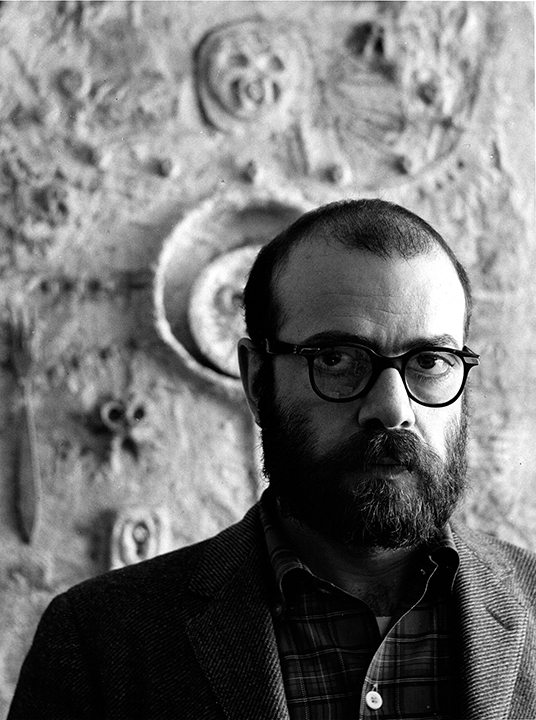