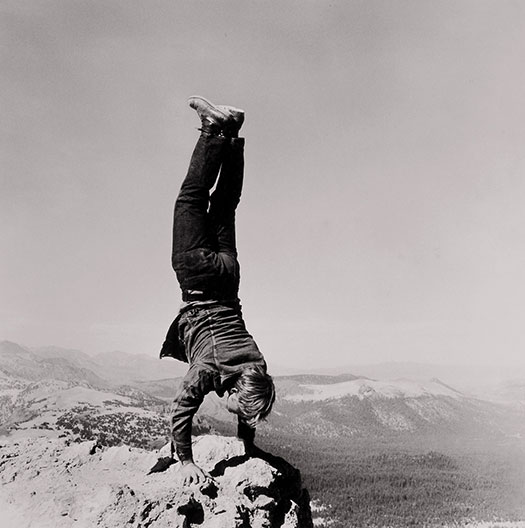 In the late 1960s and early 1970s, when the Imagists exhibited in Chicago and abstract painting held sway in New York, a distinct strain of avant-garde and conceptual art emerged in California.

The state was an incubator of social change and counter-culture that attracted artists seeking alternatives to traditional modes of art making. California's distance from commercial galleries and the art-world press also gave artists greater freedom to experiment as they challenged the definition of art, the role of the artist, and the academic and institutional structures of the art world.

Organized as part of the landmark Pacific Standard Time initiative by the University of California, Berkeley Art Museum and Pacific Film Archive (BAM/PFA) and the Orange County Museum of Art,State of Mind: New California Art Circa 1970 is the first in-depth survey of conceptual art in California. It examines this formative period and the enduring legacy it has left for succeeding generations of artists. It includes the work of sixty artists and collectives, including Ant Farm, John Baldessari, Chris Burden, Lynn Hershman, Bruce Nauman, Martha Rosler, and Ed Ruscha. Organized thematically, the exhibition showcases more than 150 works of art—installations, photographs, videos and films, artists' books, and extensive performance documentation—that demonstrate the critical role of California artists in the development of conceptual art and other new genres.

In a gallery adjoining State of Mind, the Smart presents a selection of the Museum’s rich holdings of Chicago Imagist, self-taught, and California funk artists from this same time period.

October 2
Preview: State of Mind
Become a SmartPartner+ today to receive an invitation to this exclusive event.

October 24
Party at the Smart: Get Your Smart MFA

Open exclusively to UChicago students.
Supported by the UChicago Arts Pass and the University of Chicago Arts Council.

State of Mind: New California Art Circa 1970 is an exhibition curated by Constance Lewallen and Karen Moss, and co-organized by the Orange County Museum of Art and the University of California, Berkeley Art Museum and Pacific Film Archive. The tour is organized by Independent Curators International (ICI), New York, and is made possible, in part, by the Andy Warhol Foundation for the Visual Arts, the Horace W. Goldsmith Foundation, Video Data Bank, Electronic Arts Intermix (EAI), and with the generous support of Robert Redd, LLC, and the ICI Board of Trustees.

The Smart Museum of Art's presentation of State of Mind is made possible by Helen Zell. Additional support is provided by Barbara Fosco, the Fosco Family Foundation. This exhibition is also supported in part by our Smart Partners.

Presented in the Richard and Mary L. Gray Gallery and the Robert and Joan Feitler Gallery.