“People Wasn’t Made to Burn”: Ben Shahn and the Hickman Story 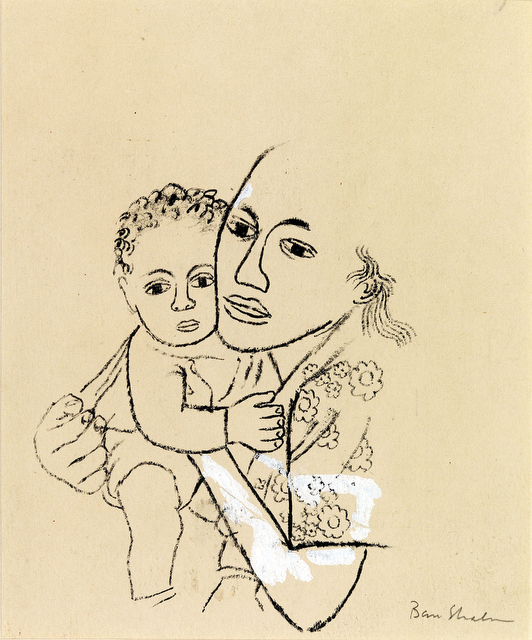 Ben Shahn, Studies of the Hickman Murder Case [She was born in June and she was beautiful.], 1948, Pen and ink on wove paper, reworked with white pigment. Smart Museum of Art, University of Chicago, Gift of Marian and Leon Despres, 2008.11.4. Art © Estate of Ben Shahn/Licensed by VAGA, New York, NY.

In early 1947, a fire ripped through the one-room attic of a tenement building on Chicago’s West Side, killing four children. Stricken by grief, the father of the victims, James Hickman, subsequently shot and killed the building’s landlord, who had threatened to burn the property down.

Hickman’s trial drew national attention and the definitive account was published in Harper’s Magazine, accompanied by a series of illustrations by the American artist Ben Shahn.

Well known for his works of powerful social commentary, Shahn created a poignant record of the Hickman story and the terrible living conditions, staunch segregation, extreme poverty, and debilitating racism that routinely met blacks in Chicago and other urban centers.

This exhibition presents all sixteen of Shahn’s original drawings, many with whitened alterations and other compositional changes that reveal Shahn’s artistic methods. The drawings were given to the Smart Museum by one of Hickman’s original defense lawyers, the legendary Chicago Alderman Leon Despres.