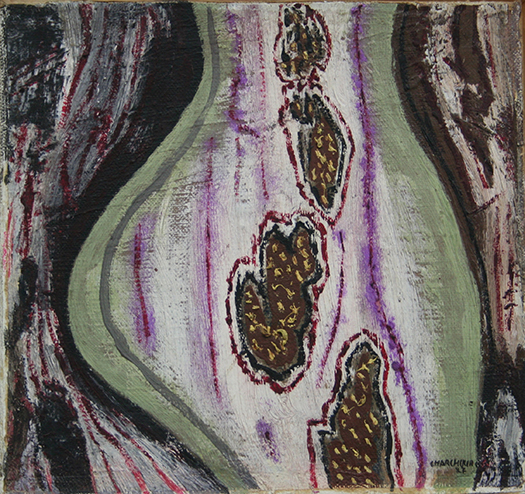 The achievement of Franco-Russian painter Serge Charchoune (1889–1975) is among the least widely known or understood in twentieth-century European art.

Sometimes seen as a minor practitioner of major modernist styles—Dada, Cubism, Purism, informal abstraction—Charchoune in fact operated quite independently within and beyond those tendencies. He was an unpredictable individualist, who in his resistance to stylistic conformity and his ambiguous relationship to taste presages a strain of post-conceptual painting only fully recognized toward the turn of the twenty-first century.

Organized by the Talbot Rice Gallery at the University of Edinburgh, Other Modernisms is a concise survey, comprising around twenty works from the 1920s to the 1970s, carefully selected to demonstrate Charchoune’s diversity, uniqueness, and current relevance. The majority of the works are paintings, with a few works on paper and one livre d’artiste.

Lecture by Merlin James
Monday, May 6, 5:30 pm
Logan Center for the Arts
Exhibition co-curator Merlin James gives an introduction to the unique achievements of Serge Charchoune.

These programs are co-sponsored by the Nicholson Center for British Studies and the Department of Visual Arts at the University of Chicago.

Led by Assistant Professor David Schutter, a related advanced painting practicum for University of Chicago students will engage with the exhibition through discussion and studio exercises meant to question conventional categories of painting.

Other Modernisms is curated by Merlin James, an artist, writer, and curator, and by David Schutter, Assistant Professor of Visual Arts, The University of Chicago, in consultation with Richard A. Born, Smart Museum Senior Curator.

Presented in the Joel and Carole Bernstein Gallery