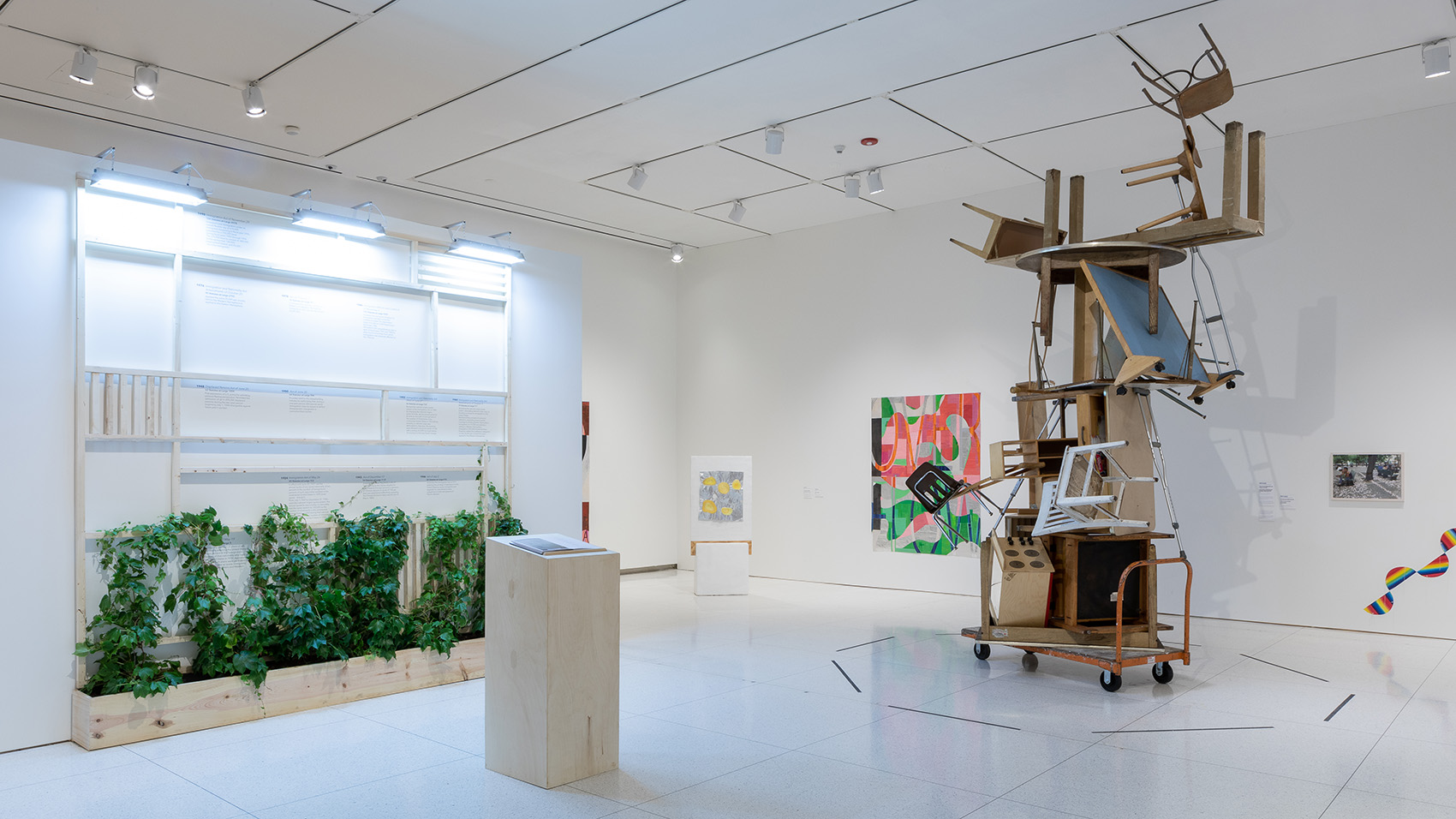 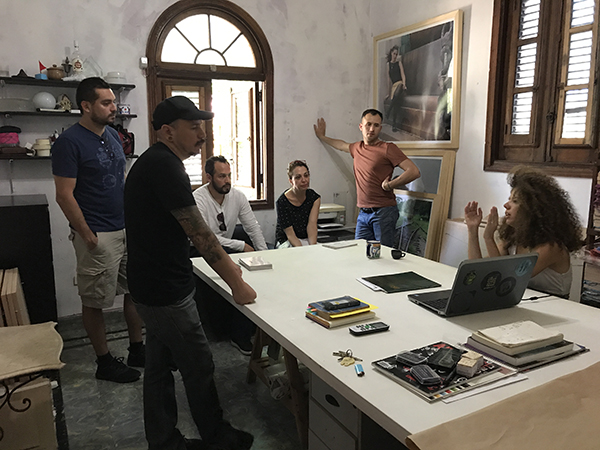 This exhibition explores how issues of Latin American and Latino/a identity and place are manifest in the practices of artists working in Chicago and Havana at a moment of social change and strained political relations between the United States and Cuba.

Cross Currents is the result of an artist exchange organized by the National Museum of Mexican Art. Six Chicago-based artists visited Havana in spring 2017 and six Cuban artists visited Chicago in fall 2017 and summer 2018. The work on view reflects the artists’ experiences and observations as they interacted with each other, curators, cultural spaces, and neighborhoods during their trips. The project aims to open pathways of communication and understanding between the two cities and peer artists while also reflecting on their own artistic practices at this moment in time.

A version of the exhibition will travel to El Centro de Desarrollo de las Artes Visuales, Havana, Cuba in January 2020.

Top: Installation view of Cross Currents/Intercambio Cultural at the Smart Museum of Art.

Cross Currents is organized by the National Museum of Mexican Art. The exhibition is co-curated by Alison Fraunhar, independent curator and Associate Professor of Art and Design at St. Xavier University, Cesáreo Moreno, Director of Visual Arts & Chief Curator at the National Museum of Mexican Art, and Raquel Carrera, an art historian and curator based in Havana, Cuba, in consultation with Michael Christiano, Deputy Director and Curator of Public Practice at the Smart Museum.

Support for the artist exchange and exhibition has been provided by The John D. and Catherine T. MacArthur Foundation, Southwest Airlines, and Maria Bechily and Scott Hodes.