Smart Reads: The Theater and its Double 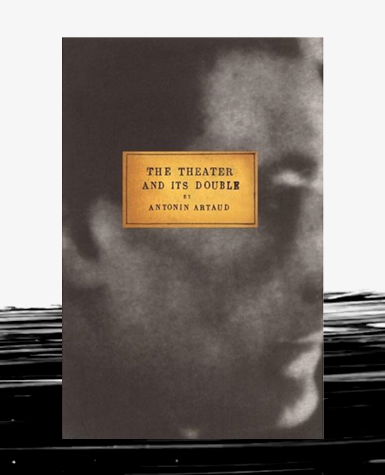 The Smart Museum of Art's virtual book club returns in 2023 with monthly gatherings and an updated format.

The Smart Reads series begins in January with The Theater and its Double by Antonin Artaud, and a reflection on Richard Serra's 2009 painting Artaud from our recent exhibition Monochrome Multitudes. We invite you to read along with us and engage in a thought-provoking conversation with host Dorian H. Nash.

FREE. To help build a community of participants, capacity is limited and advanced registration is required.

The Theater and its Double by Antonin Artaud

A collection of manifestos originally published in 1938, The Theater and its Double is the fullest statement of the ideas of Antonin Artaud. “We cannot go on prostituting the idea of the theater, the only value of which is in its excruciating, magical relation to reality and danger,” he wrote. He fought vigorously against an encroaching conventionalism he found anathema to the very concept of theater. He sought to use theater to transcend writing, “to break through the language in order to touch life.”

September 27, 6–7:30 pm
I Am Not Your Perfect Mexican Daughter by Erika L. Sánchez