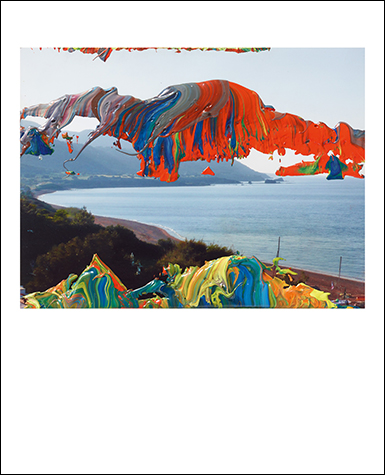 Join Christine Mehring, Mary L. Block Professor of Art History and the College, and Adjunct Curator at the Smart Museum of Art, for an in-gallery conversation about artist Gerhard Richter’s work, 7. Dez. 2014, that is currently on display in the group exhibition Smart to the Core: Medium / Image.

The “medium” of an image is defined by the materials and tools with which it is made and the context in which it appears. We often ignore a medium, focusing instead on what an image represents. But the medium itself always conveys meaning. Gerhard Richter has overpainted photographs since the 1980s, drawing attention to idiosyncrasies in painting and photography respectively, and considering the problems and possibilities arising from the interactions of these two media.

Professor Mehring will conduct a close-looking exercise of Richter’s displayed artwork and discuss the artist’s work in the context of the exhibition followed by a Q&A session.

Register for the gallery talk

FREE, but space is limited for this in-person event. Please register in advance.

This exhibition and related programs are organized by the Smart Museum’s Feitler Center for Academic Inquiry. 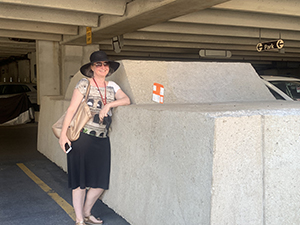 Christine Mehring is Mary L. Block Professor in the Department of Art History and the College, Associate Faculty in the Department of Visual Arts, and Faculty Adjunct Curator at the Smart Museum of Art. Her art historical interests include abstraction, non-traditional materials, public art, and relations between art, design, and architecture, as well as the intersections between old and new media. In 2020, she curated the University of Chicago’s commission of alumna Jenny Holzer’s first augmented reality app, YOU BE MY ALLY. Over the last year, she has published essays on the Panza Collection Initiative for Artforum, Donald Judd’s art and design for the Museum of Modern Art’s retrospective, and “Modern Material Matters” for the Smart and LACMA’s The Allure of Matter catalogue. Her work on Gerhard Richter has appeared, among others, in Art Journal; the catalogue for the retrospective held at Tate Modern, the Centre Pompidou, and the Neue Nationalgalerie; and Gerhard Richter: Early Work, 1951–1972, which she co-edited for Getty Publications.