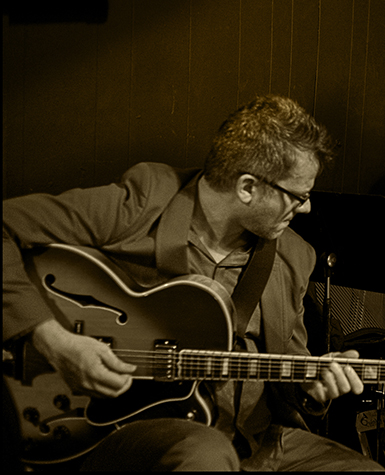 The Regulators perform at the Smart as part of the Hyde Park Jazz Festival, a weekend of free performances at cultural venues throughout the neighborhood.

The Regulators came together in 2008, just as the global economy appeared ready to do a stage-dive during a soundcheck. When Mike Allemana (guitar) and Matt Ferguson (basss) joined virtuoso Gerald Dowd (drums), it was for the purpose of developing free funk grooves—but when they noticed that most of the odd-meter experiments in jazz lacked a depth of pocket, they dedicated themselves to restoring the funk.

Grounded in the rhythmic frameworks of funky New Orleans styles and musical traditions that go beyond 4/4 meter, the trio seamlessly improvises rhythmic structures created out of Allemana’s compositions, or in spontaneous moments. They experiment with a host of sounds and rhythms to produce pieces that might be based in 17-, 23-, or 37-beat structures, although you probably wouldn’t notice because they groove so hard. With telepathic communication, these three musicians move seamlessly between hard grooves and sonic textures, generating a spontaneous energy that, at times, feels like a musical high-wire act being performed without a net.