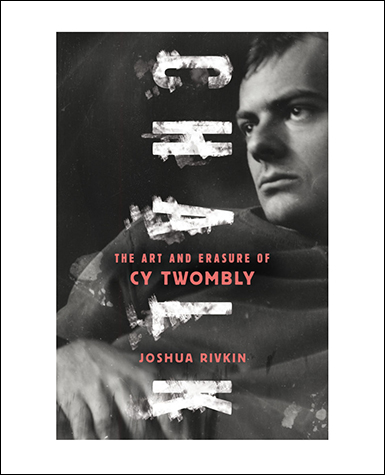 Author Joshua Rivkin will read from his new book, Chalk: The Art and Erasure of Cy Twombly.

Rivkin's poems and essays have appeared in the New Yorker, Slate, Southern Review, Virginia Quarterly Review, and Best New Poets. A former Fulbright Fellow in Rome, Italy, as well as a Stegner Fellow in poetry, he has received awards from the Sustainable Arts Foundation, Fine Arts Works Center in Provincetown, Bread Loaf Writers’ Conference, and Ucross Foundation. He teaches creative writing for Stanford’s Continuing Studies and lives in Salt Lake City with his wife and daughter.

Michael Fischer will open the reading. Fischer is a candidate in the Master of Arts Program in Humanities at the University of Chicago. He’s a Moth StorySlam winner, a Luminarts Cultural Foundation Fellow, and a mentor for incarcerated authors through the Pen-City Writers program. His essays appear or are forthcoming in The New York Times, Boston Globe Magazine, Salon, The Sun, Guernica, The Rumpus, and elsewhere, and his work has been broadcast on CBC Radio’s Love Me and WBUR’s Modern Love: The Podcast.

Presented by the New Voices Series, the Program in Creative Writing, and the Feitler Center for Academic Inquiry at the Smart Museum of Art.