Learn how to visit The Allure of Matter »

The Time is Now to Learn How to Paint! 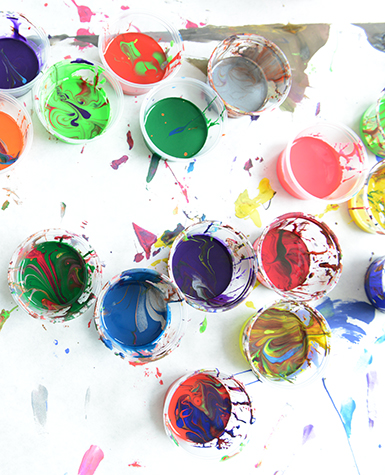 The evening begins with tours of paintings on view in The Time Is Now! and Expanding Narratives led by Michael Christiano (Deputy Director and Curator of Public Practice) and Jenny Carty (Assistant Curator of Modern and Contemporary Art). Afterward, Bridges will share some tips and participants will have a chance to create their own paintings on canvas.

Free. All materials provided. Open to all skill levels. Space is limited. Please register in advance.

Register for the workshop

Sandra Bridges is a 2017–2018 recipient of the Field/Work Residency from Chicago Artists’ Coalition and recently had a solo show entitled Southern Roots – Revisited at the Koehnline Museum of Art at Oakton College. Bridges, who only started painting in 2012, was awarded the Black Excellence Award for Visual Art from the African American Alliance of Artists in Chicago in 2015. In early 2016 she had a one-woman show at the Chicago Cultural Center’s Renaissance Court called Southern Roots featuring 32 pieces. Later that year she had a solo exhibition at the Union League Club of Chicago, showcasing 15 paintings of jazz artists. Bridges topped off 2016 with two of her paintings being featured in the film South Side With You, showing a close-up scene of her work Strange Fruit, a painting of Billie Holiday, and the painting Miles Ahead, depicting Miles Davis. In 2017, Bridges was selected by the African American History Committee of Chicago Librarians to present a solo show at the Harold Washington Library to celebrate Black History month. That show, titled Southern Roots – Reflections included works strictly in black and white.