Who made the Roster?

In his introductory essay in the Monster Roster exhibition catalogue, critic Dennis Adrian notes that “there was no formal artistic movement calling itself Monster Roster.”

The artists were friends and colleagues and recognized their commonalities, but they didn’t name themselves. The term itself has been in widespread use for decades, used by critics and curators to describe the group. Exhibition co-curator John Corbett writes:

So, who made the Roster? In organizing the exhibition, co-curators John Corbett, Jim Dempsey, Jessica Moss, and Richard Born selected 16 artists:

Some, like Barnes, Statsinger, and Westermann, were only tangentially connected to the Roster. Others, like Spero, resisted the label. The curators acknowledge both the affinities and stylistic differences in the exhibition.

Ultimately, in forming the show’s roster and grouping them together fifty years later, writes Corbett, “it’s essential to recognized the shared sensibility, because the Monster Roster represents the first group of artists in Chicago to assert its own unique style and approach.”

In their dislike of being categorized and labeled, they join the ranks of many other artists, including the German Expressionists, Abstract Expressionists, Pop Artists, and Chicago Imagists, who also rejected the labels placed upon them. Self-respecting artists don’t enjoy being grouped with others, unless they do it themselves. 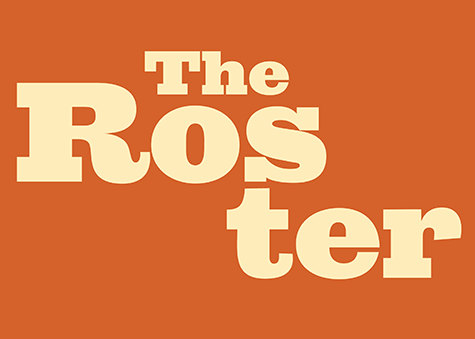