This Day in History

The idea for an art museum on the campus of the University of Chicago was a glimmer in the eye of our first president, William Rainey Harper, who, at the founding of the University, announced the need for an arts building of some sort though no action was taken at the time.

In 1929, the University secured a pledge from industrialist Max Epstein to fund a building dedicated to the fine arts. However, that same year the stock market crashed, and the project was abandoned. Nearly a century after Harper’s announcement, the building became a reality when, in October of 1974, the David and Alfred Smart Gallery and Cochrane-Woods Art Center opened.

Next month, the Smart celebrates its 40th anniversary. So today, we’re rolling out this blog to mark the start of a year-long series of celebrations.

You’ll find here stories about the museum’s history, interviews with some of the people who have helped shape the Smart’s influential reputation, profiles of memorable and groundbreaking exhibitions, tales of remarkable objects from the museum’s collection, and announcements of upcoming events as well as discussions of past ones.

This blog will attempt to pull a narrative thread through some of the many events and characters that have shaped the Smart over the years, sharing their stories and recounting their legends. Of course, we’ll tell some of the wilder stories connected to our history, like the time Diego Rivera painted a portrait of a legendary Chicago alderman’s wife in exchange for some winter clothes for Leon Trotsky (sort of), or how an influential collector who liked to tell off-color jokes made his art collection available for college students to hang in their rooms (basically).

But, we’ll also include the everyday stuff like the eternal debate over whether one should order light or dark roast coffee from our cafe, or the immense gratitude past interns express toward our generous curators who have helped launch numerous art-world careers. For the next year, all of these efforts will be celebratory efforts, celebrating our 40th year.

When the last glass of champagne is raised (hooray!) and when the final cloud of confetti bursts through the air (huzzah!) at the end of this celebratory year, this blog will continue alongside the Smart’s endeavors. We hope to post fearlessly for another 40 years (at least!) and to continue this Janus-like endeavor, glancing backward while contributing to the tapestry of the Smart’s historical narrative but also looking forward toward the unknown to shape the future through history’s lens.

For more on the history of the Smart and of the arts at the University, see John W. Boyer’s paper, ‘A Noble and Symmetrical Conception of Life’: The Arts at Chicago on the Edge of a New Century, which is Volume XIX of the College’s Occasional Papers on Higher Education series. 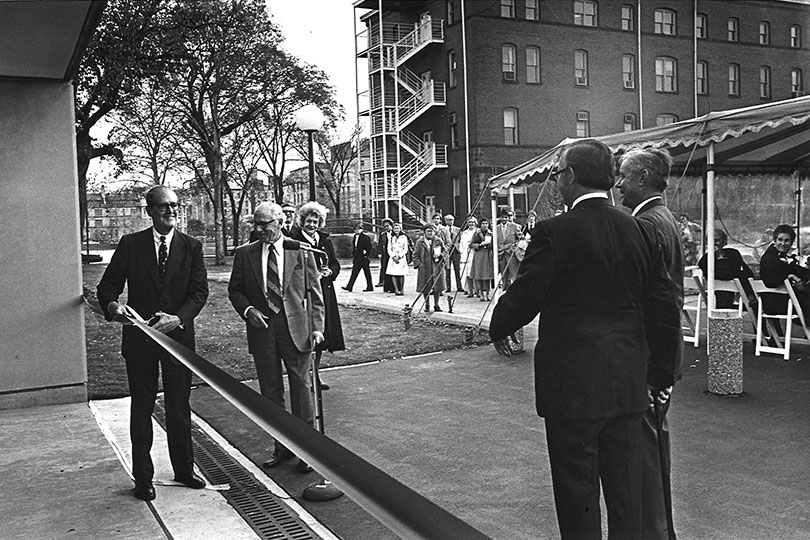