Like June Leaf, whose work was a guiding influence for him in the mid-1950s, Seymour Rosofsky (1924–1981) bridged the myth-expressionist and image-and-fantasy painters.

Leaf said: “He is the only artist at the time who made sense to me. He told me: I don’t want to compete with my contemporaries. I want to wrestle with the angels.”[1] Early mature work was exceptionally brutal, featuring bold colors in sour combinations and dark amorphous figures, often grouped. Like Leaf’s Arcade Women (1956), Rosofsky’s Unemployment Agency (1957/58) suggests a dystopian vision of bureaucratic paranoia more than individual existential angst.

In the ’60s, the work adopts a more comically perverse tone, surreal in origin, sometimes pointedly political. “People who live with my work come to like even the ugliness in it,” Rosofsky wrote. “That’s part of life.”[2] 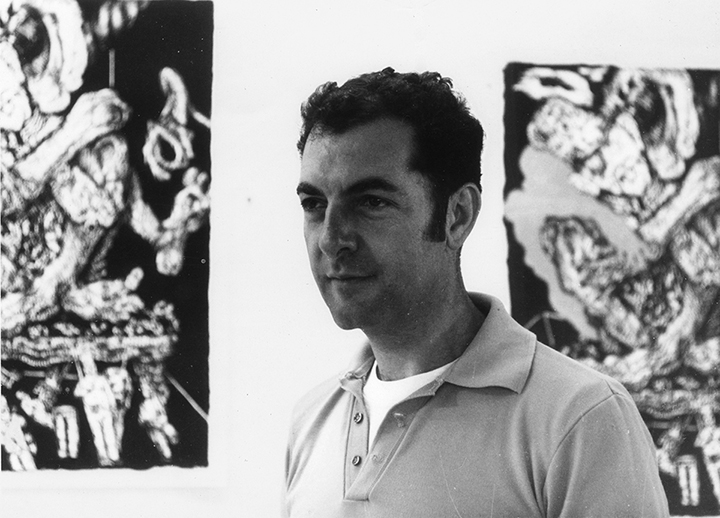