The space between the Smart and the adjacent Cochrane Woods Art Center (home to the University’s Art History Department) building has been a sculpture courtyard since the museum’s opening in 1974.

Twenty-four years ago this week, the courtyard was officially named the Vera and A. D. Elden Sculpture Garden in recognition of a generous endowment from the Smart Family Foundation. Mrs. Elden was a sister of David and Alfred Smart for whom the museum is named.

In 1998 Joel and Carole Bernstein, whose art collection consists of everything from historic American textiles to contemporary sculpture, provided support for the continued maintenance of the sculpture garden. The Bernsteins also endowed the Bernstein Gallery in the Museum, and have been donors of significant works to our collection.

In 2008, the sculpture garden was re-landscaped by UrbanLab and landscape architect Chandra Goldsmith Gray in an effort to generate a more fluid connection between the museum and its outdoor space. The new design incorporated a quilt-work of “patches” with varying surface features including indigenous grasses and assorted native ground coverings. One patch is three dimensional--a five foot grassy hill, which is often covered by students reading and lounging in the sunlight.

The Vera and A.D. Elden Sculpture Courtyard regularly hosts a wide variety of outdoor programming, having served as a venue for the Hyde Park Jazz Festival, a space for Bloomsday readings of James Joyce’s Ulysses, and a location for Michael Rakowitz’s Enemy Kitchen food truck, just to name a few.

During the redesign, many of the works were relocated to the grounds surrounding the museum. Sculptures which remain in the garden area include Bench and Table by Scott Burton, Sky Sentinels by Louise Nevelson, and Truncated Pyramid by Jene Highstein. 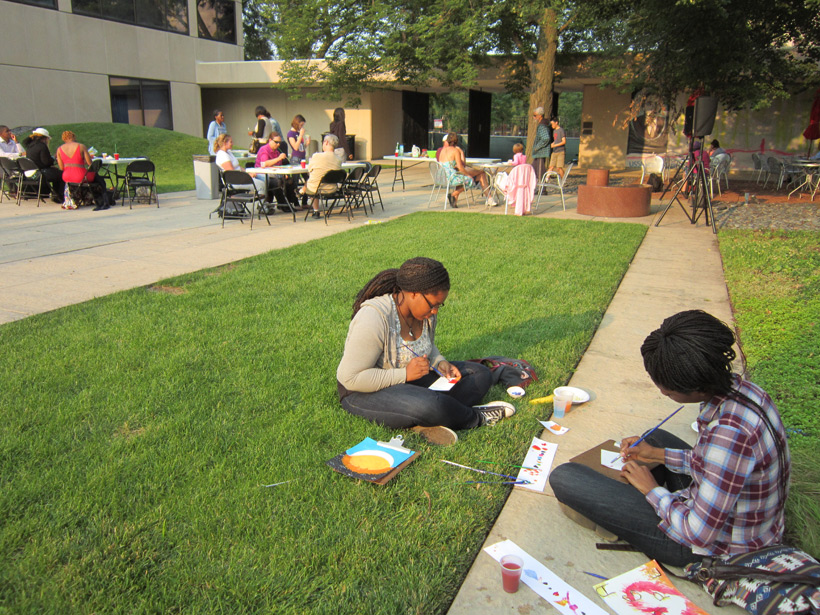 Painting watercolors en plein air in the sculpture garden. Scott Burton's Bench and Table is in the background 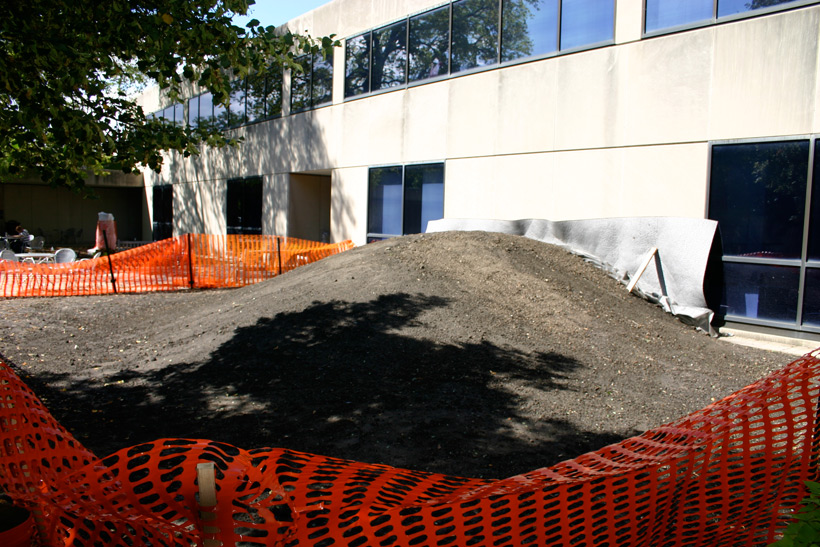 The grassy hill when it was just a hill, during the 2008 redesign 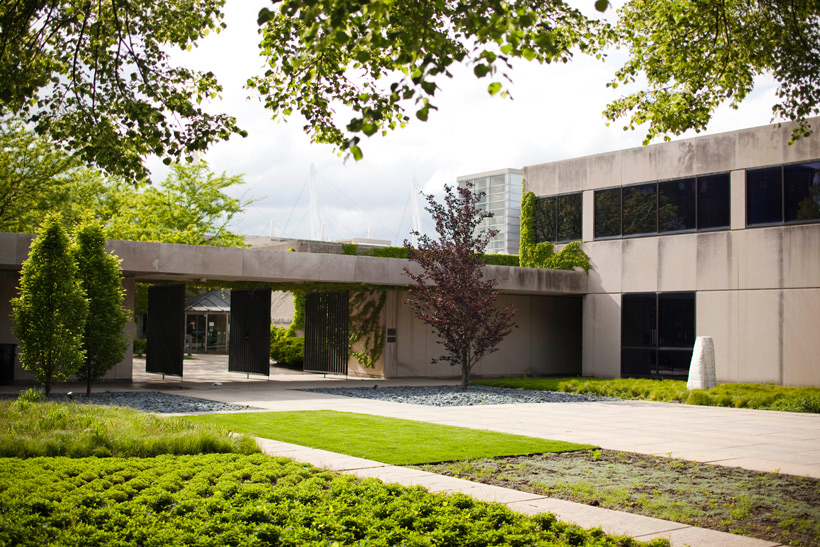