Historical Context and Origins of the Radical [Re]Constructions installation

In 1967, Dr. Martin Luther King Jr. lifted the veil on the life of ‘The Other America’, revealing the stark reality of dualism and schizophrenia that pervades our country and the “daily ugliness...that transforms the buoyancy of hope into the fatigue of despair” for the African-American community.

As America’s cities erupted into flames, the Kerner Commission Report of 1968 forecast that if existing patterns of neglect and structural racism persisted, “our nation [would move] toward two societies, one black, one white—separate and unequal.” Fifty years later, the City of Chicago now exemplifies a ‘tale of two cities’: one of them safe and prosperous, the other one dangerous and poor—and both of them growing more so.

Much like other Rust Belt cities, the spatial organization of marginalization in Chicago has become one of the most dangerous forms of explicit racial oppression. Entire populations of black and brown neighborhoods in these cities have increasingly become pushed to the edges of the labor force, leaving them redundant, unwanted, or confined to the worst jobs.

Nowhere in Chicago are the crises more prevalent and the social exclusion and marginalization more profound than on the South and West Sides. After generations of disinvestment, these communities of color are buckling under the weight of a complicated and interconnected layering of crises of a failing economy, stratifying economic divides, collapsing infrastructure and urban decay, environmental degradation, seemingly perpetual cycles of increasing violent crimes, epidemics of preventable chronic diseases, and an ever-increasing food insecurity. The often unspoken reality of this situation is that racism remains the root cause and remains an ongoing barrier to progress.

Given the results of the presidential election, we contend that we have officially entered into what will one day be considered historically as the Radical Reconstruction Era. How we choose to address these problems now will shape the future of our nation...and, most importantly, the future of our next generations.

We are honored that the work of Sweet Water Foundation has been widely recognized as providing an innovative, holistic and effective approach to neighborhood development. Sweet Water Foundation is regularly invited to be at the table during local, regional, and national gatherings and conferences at which policies and solutions are discussed and developed. It is ironic, however, that what makes Sweet Water Foundation so successful—our active and authentic engagement (listening, living and working on-the-ground) with the community—is, all too often, missing from these events.

The Radical [Re]constructions dinner series is a direct response to this irony and seeks to cultivate meaningful connections across diverse constituencies and communities to counter the deafening cycle of rhetoric about our city’s ‘chronic urban problems,’ ‘unending gun violence,’ and ‘hyper segregation.’ Radical [Re]constructions seeks to remedy the disconnection between people and the policies developed to address the challenges facing our city. Through a series of curated dinners, Sweet Water Foundation and the Smart Museum will orchestrate critical dialogue and catalyze the actions required to begin to move our great City of Chicago from ‘a tale of two cities’ to a ‘Tale of the New City.’

We seek to create the platform to uncover, unleash, capture, and share the voices of the community that we know are abundant with solutions capable of creating sustained and transformational change. Amidst one reality of abandonment, exclusion, urban ‘blight’ or disintegration, community members will be empowered, to re-envision both personhood and place, and travel from fragmentation to possibility and wholeness within self and community.

These events provide a rare platform of authentic, community-led inquiry and ideation that address our city’s toughest challenges. We hope that they will nourish hearts, bodies, and minds while helping to build connections between the Smart Museum’s community, scholars, artists, practitioners, and civic and community leaders alike.

Emmanuel Pratt is the Smart Museum’s 2017–2018 Interpreter in Residence. The program is designed as a forum for Chicago-based artists and educators with an interest in social engagement to create participatory art experiences with Smart Museum guests. 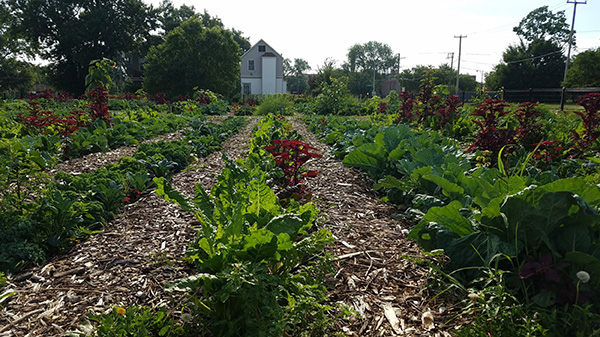 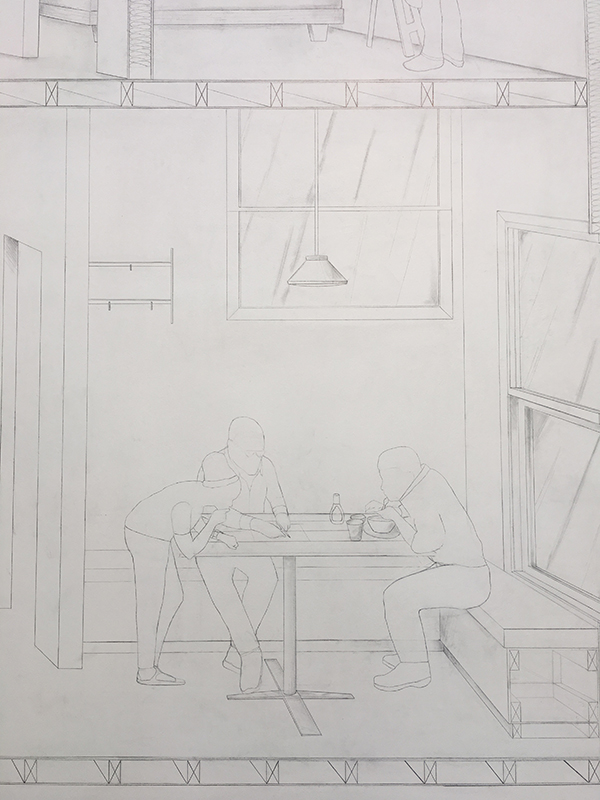