Preview 30 seconds of each track above. Sign up or log in to Spotify to listen to the playlist in its entirety.

These recordings are an aural exploration of swinging bebop, hard bop, Beat poetry, free jazz, and deep cuts that blur the boundaries between such creative forms.

While they give us a sense of the avant-garde music of Bob Thompson’s time, I cannot imagine that they compare to what Thompson experienced while living in New York City’s Lower East Side. There he was a young painter at the apex of the action. Along with other painters, including Willem DeKooning, Larry Rivers, Jack Whitten, and Joan Mitchell, Thompson gravitated toward the performances of Charlie Parker, Thelonius Monk, Nina Simone, Sonny Rollins, Ornette Coleman, Don Cherry, Charlie Haden, Eric Dolphy, and others whom you might hear here. In addition to the musicians, poets such as Amiri Baraka (then known as LeRoi Jones), Allen Ginsberg, and Jayne Cortez are represented here because they were there too, pushing at the edges of a vibrant, improvisational, counter-cultural community at the forefront of an exhilarating cultural explosion.

One might appreciate how jazz often takes a classic form, improvising across different angles of a composition while expressing an original voice within a tradition. I would describe this music as being ecstatically complex. Abbey Lincoln, another musician you’ll hear here, called herself a social singer, and by that she meant that her compositions had social and cultural intentions firmly rooted in the need to be free. This is a philosophy that shares concerns related to Thompson’s art and the music he loved.

Presented within Bob Thompson: This House Is Mine, this is a curatorial project commissioned from artist Arnold J. Kemp. You can experience Kemp’s visual practice in his solo exhibition, Less Like an Object and More Like the Weather at the University of Chicago's Neubauer Collegium for Culture and Society (February 17–April 10, 2022).

Arnold J. Kemp lives and works in Chicago, where he teaches at the School of the Art Institute of Chicago. His works are in the collections of the Metropolitan Museum of Art, the Studio Museum in Harlem, the Berkeley Art Museum / Pacific Film Archive, the Portland Art Museum, and the Manetti Shrem Museum of Art at UC Davis, among others. Kemp is the recipient of awards from the John Simon Guggenheim Memorial Foundation, the Joan Mitchell Foundation, the Pollock-Krasner Foundation, and in 2020 he received The Andy Warhol Foundation Arts Writers Grant. Recent solo exhibitions include: False Hydras, Joan, Los Angeles; THE STUPIDITY OF BELIEF, Iceberg Projects, Chicago; and New and Recent Work, curated by Bob Nickas, May 68, Books & Records at Martos Gallery, NY, NY. Kemp’s work is featured in Nia DaCosta’s film Candyman (Monkeypaw Productions, 2020), and in 2021 the gallery M. LeBlanc released FEBRUARY 14, Kemp’s first literary publication that documents his original play and accompanying 2017 solo exhibition, WHEN THE SICK RULE THE WORLD at Biquini Wax, EPS, Mexico City. Kemp's work is represented by Martos Gallery, New York, NY and M. LeBlanc, Chicago. 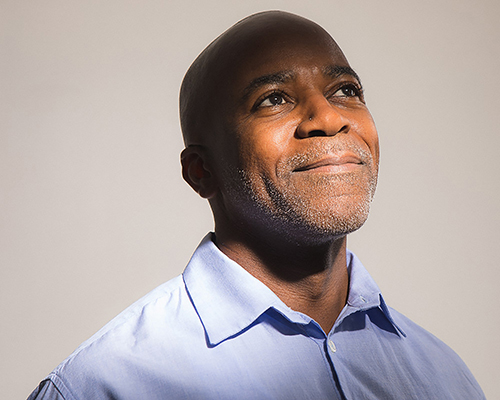