Red Line Service, is an art collaborative that works with adults experiencing homelessness, to create cultural and intellectual programming. We insist that communal artistic and intellectual enrichment awakens imaginative possibilities in all people, encouraging them to envision, aspire to, and build alternative realities. We strive to open and expand critical dialogues about poverty, social responsibility, and culture. Together, we are reshaping our society into a more connected—more loving—community of care. This interview was conducted with the co-founders of Red Line Service, artist Billy McGuinness and art historian and curator Rhoda Rosen, and Red Line Speaker, David Morris.

How did the Red Line Service Speaker Series come to be?

The Speaker Series is inspired by the Chicago Hobo College that operated during the early part of the 20th Century. This program offered basic services to homeless and itinerant workers, and additionally put on lectures and presentations by leading minds of the day. We had the idea to build on that history, and provide informal artistic and intellectual programming to Chicagoans currently experiencing homelessness (along with their “housed” counterparts). We strive to create a community of care wherein all citizens enjoy access to the cultural riches that fire the imagination and feed the human spirit.

What kinds of talks have there been before?

We started the speaker series in 2015 with talks on politics and visibility by artist Oli Rodriguez and activist Rachel Shrock of Human Rights Watch, but we have had talks from poet Quraysh Ali Lansana and DJ, sound artist, and curator Sadie Woods, a musical performance from Alpha and the Princes of Futa, as well as a dance workshop lead by Shawn Lent.

Is there a lecture from the Red Line Service Speaker Series that really stands out in your mind as your favorite? One that you remember being particularly powerful?

As far as a favorite talk is concerned, that is hard to say because each of the three talks had its own topic, energy, and audience. That said, ‘Belonging’ was probably the most beneficial, as it pertained to the relevance of art as a means of social expression for those experiencing physical, mental, social and/or economic transition, underscoring the need for investment in said persons as the ultimate solution to this temporary status. Generally speaking, talks such as 'Shine-a-Light' are my favorite as they are audience driven discussions designed to provoke thought and positive change within community as a whole.

What gave you the idea of holding a sleep over at the Smart?

The initial impetus had to do with the idea of offering to Chicagoans in transition the same cultural opportunities we have had as an artist and as a curator: behind-the-scenes tours, access to curators and artists, private events of various sorts that give one the sense that one belongs in a particular cultural space. Having a sleepover seemed like it might cement that sense of belonging for Chicagoans in transition. But we discovered there is also a sense of becoming that occurs through the experience itself; in effect, what happened in the gallery is that by around 1:30a.m. a tight solidarity formed – we metamorphosed into a single unit, with commitments, responsibilities, and love for one another.  As a model for how to end homelessness, it seems very simple. We highly recommend it to everyone.

Was there a part of the programming at the Red Line Service: Summer Festival 2016 you found particularly engaging?

Well, we think of Red Line Service: Summer Festival 2016 as a social practice art piece.  First, it is co-produced by all participants, including museum staff, Red Line Service artists, performers and the various audiences, whether they be audiences in transition* or their housed counterparts (and it should be noted that we prefer the term “transition” to affirm that homelessness is a temporary and shifting set of circumstances and not a state of being) or the other partners of the Smart Museum like the fabulous Odyssey Institute and Stockyard Institute. Second, as we engender community, the boundaries between audience, performers, and organizers disappears and each contributes to a community of care across class lines.  Each person becomes an active part in bringing about a different kind of community. Participating actively in the emergence of a new community of care and watching individual differences dissolve, was the most important part of Red Line Service: Summer Festival 2016 for us. Even more exciting will be taking the next steps together to continue to nurture and grow this community.

Can you tell us about the inspiration behind the installation, Home, in the Gray gallery?

Home, designed and built by Mason Pritchett of Range Design, is both an artifact and a space. As a space, it is almost but not altogether welcoming; it is a space for meditation as well as critical reflection. The felt recalls the blankets of the homeless shelter, and the bench evokes train benches and city park benches, which are too short and too narrow for a person to lie down on comfortably: they are the result of a cultivated inhospitality to people with nowhere else to sleep. As a space, Home asks visitors to consider what it means to feel at home in a city with extraordinary and visible displacement of so many of its inhabitants. As an artifact, Home literally combines a white cube with an amphitheater-like space, simultaneously referencing the aesthetic of the modern museum and an ancient public space associated with community.

What are you hoping that the museum’s general public will take away from this instillation?

We hope that visitors to the Smart museum will take this opportunity to reflect on how a sense of cultural and physical belonging is cultivated, and to ask what work each individual needs to do to ensure that all Chicagoans have homes.  Secondarily, as an artist and curator team, we want audiences to consider the ways in which we may reshape our cultural institutions to be inviting and welcoming to all.

This project anticipates Conversations with the Collection: Belonging, a yearlong project that opens August 16 and explores ideas of belonging through objects from across cultures and eras on display throughout the Smart Museum’s collection galleries.

Follow the Smart Museum blog for a weekly look at the conversations, events, and works of art being developed over the course of In Anticipation of Belonging. 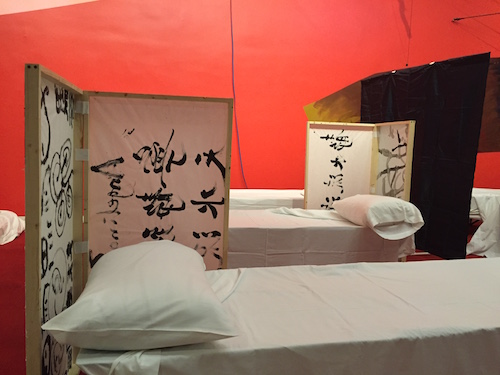 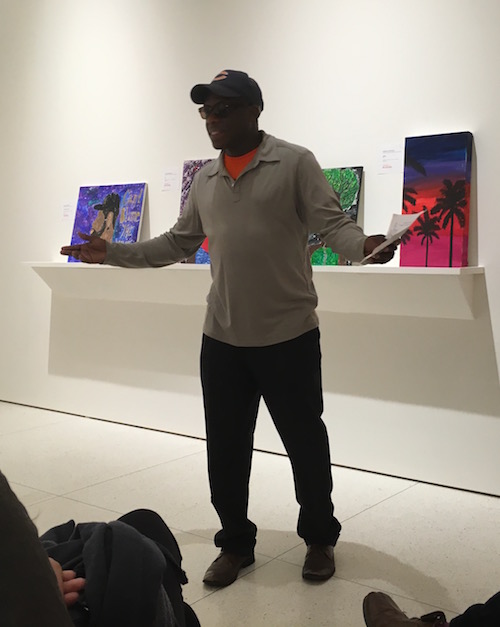 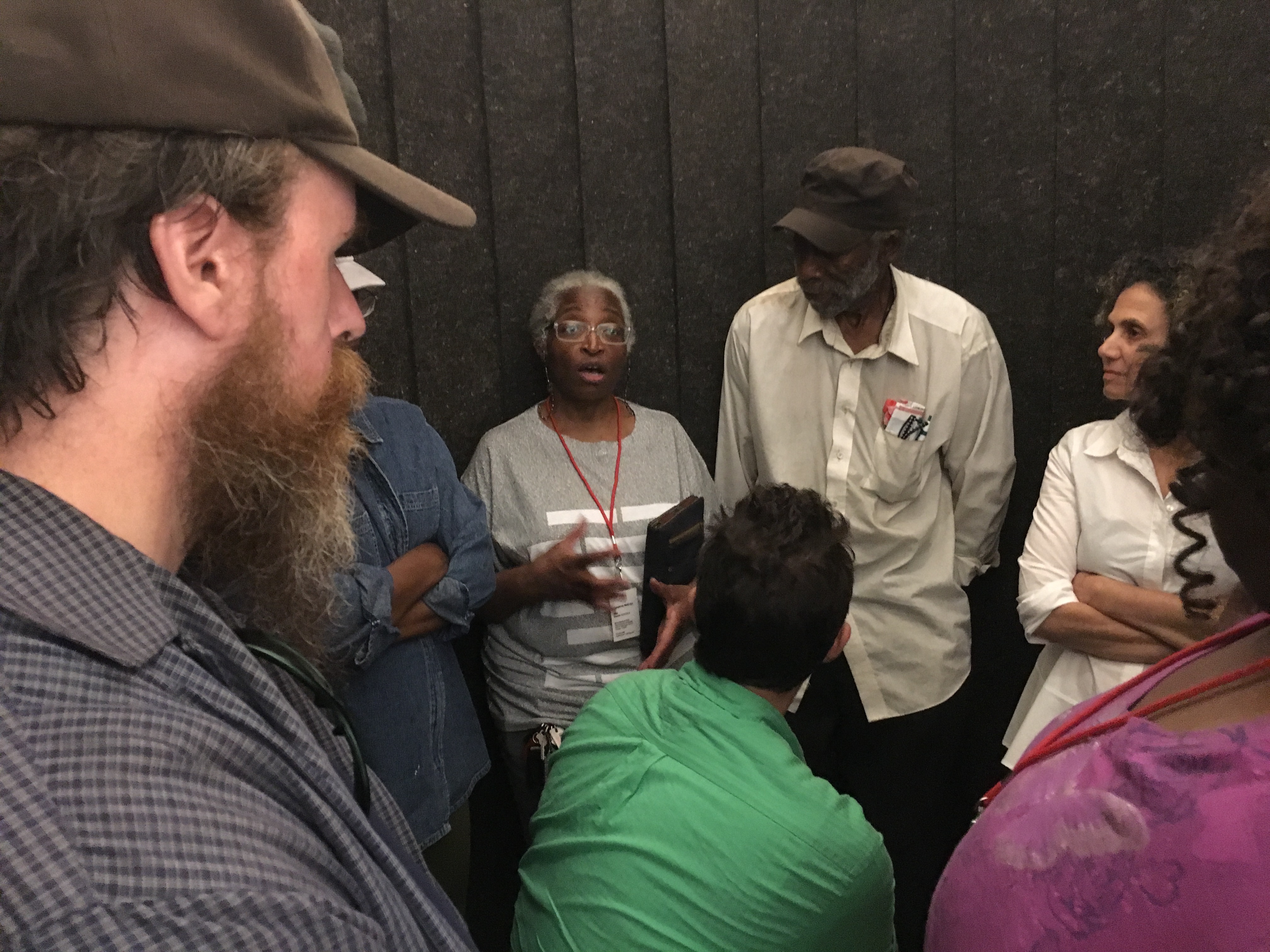 Exploring ideas of home and belonging inside the installation 'Home' designed and built by Mason Pritchett of Range Design. 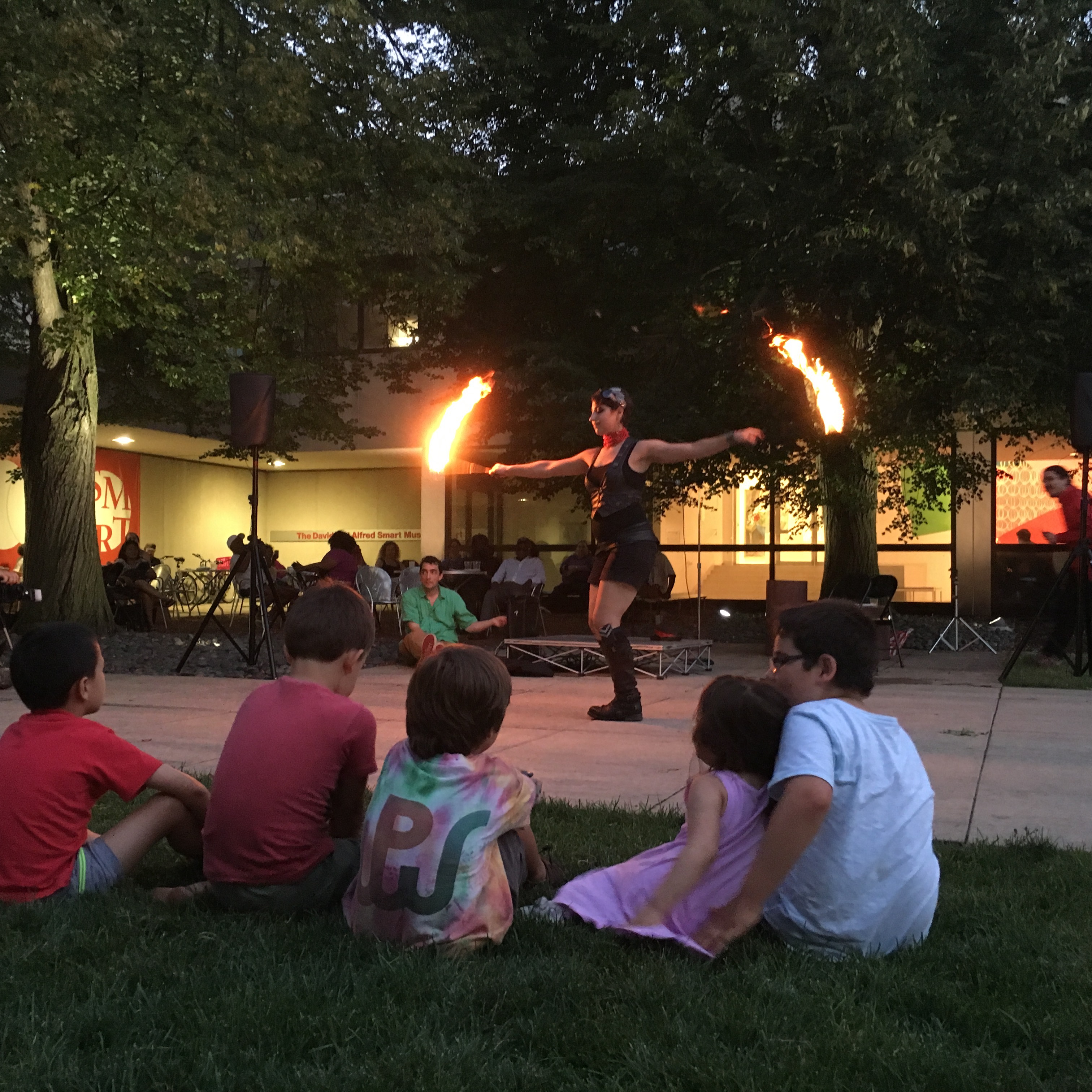