An interview with Naima Green

In our gridded cities and mapped spaces, urban centers seem utterly known to us, but Naima Green’s ongoing photographic portrait series, Jewels from the Hinterland, transforms the city into uncharted territory. Though the four portraits that hang in Down Time: On the Art of Retreat were all taken in Chicago, Green traveled across the United States to capture portraits of artists, thinkers, and personal friends finding rest and identity in outdoor spaces. From Green’s native city of New York to California, Jewels from the Hinterland captures “regions that black urbanities are not expected to inhabit. Our hinterlands.”

In this interview, Green speaks on her perspectives towards work, leisure, and her photo series in the space of the exhibition, addressing what it means to live beyond. Her insights also help us glean how Jewels from the Hinterland resonates with the city of Chicago itself. In taking us from Garfield Park Conservatory to Harold Washington Park, which is located in our neighborhood of Hyde Park, Green challenges us to find the unfamiliar in our own backyards, opening up our conception of the city and how we find belonging in it.

Molly Sun (B.S. and A.B. ’20) sat down with Naima Green inside the exhibition for this interview.

I wanted to ask you about the process of how you made these portraits: it resembles leisure when you hang out and converse with your sitters while you photograph them, but in some sense, it’s also artistic, productive work. What are your attitudes towards work and relaxation in your practice?

I don't think that they have to be so separate all the time, and so I think for me, the walking is in some way a labor component, but it's more like let's just walk and talk so you can get a feel for me, and I [get a] feel for you… It's about really trying to get some understanding of [the sitter] first and vice versa so that people trust me. Most people I’m trying to photograph are people who don’t identify with being a model, and they don't always feel comfortable having their picture made, so I try to take different approaches to the process. That can be hard, but I think what's really important for me is to be on the other side of that… to have a better understanding of what it's like to be in the reverse position.

For this work, it is usually always a very pleasurable experience because… it's the idea of creating an experience that is a walk in the park—stop here, maybe sit down, I'll make a portrait, and we both keep going so it doesn't feel so stiff. Like a roaming and a wandering… just seeing what we stumble upon.

How do you feel about your work being shown in a show like this?

I’m very excited… I had no idea who was in the show until it was live on the website. And it was just such a moment of awe and joy and pleasure and privilege, like I said earlier, to be in a show with so many iconic and critical artists. It’s a real honor to be in conversation and to be visually in conversation with so many artists I’ve loved for a long time, who I’ve taught about and learned about.

Romare Bearden’s The Block (1971) is one of the first pieces of artwork I recall being aware of, and we had a reproduction of The Block in my house growing up—that was a work I grew up living with and loving, and it’s in my apartment in Brooklyn. So not only to be in the show [but to be] right next to [Bearden] is incredible. And there are so many conversations happening in this show, which I think is really special. You can make connections in so many different ways, visually and otherwise, and I think that’s really special because that doesn’t always happen, to put so many artists together and to have such a cohesive, intentional, and subtle [show]—so much subtlety and nuance—and that’s a privilege too, because you can tell that’s been really thought through.

What are your future directions for this project?

I want to go to Detroit. Detroit has been at the top of my list for a long time, and I’ve never been to the city. I know I have family there, and a few years ago, I remember hearing about the way the city had gone kind of back to the land in a way that no real contemporary city [has], for better or for worse. I’m really interested in spending time there, and Detroit is a place that’s coming up for me a lot now. And I want to revisit New Orleans… I’m wanting to go places where I haven’t spent a lot of time and want to know the city in a different way, which is one of the reasons why I don’t think I’ll ever stop making this work, even if it moves at a different pace.

In 2015 I made thirty-five portraits one summer. I don’t think I’ll work like that on this again, but there’s something that feels good about working slower and really taking time and asking people to guide me through their cities… I talked earlier about feeling this sense of pressure—about the history I have in New York, and I created a barrier for myself where I thought I couldn't go anywhere else if I don’t have that same history, and I never will—it takes [away] all the pressure I put on myself to have all the answers… a reminder that in making this work here and in Houston, that I’m guided through the city and I’m learning the city from whoever I’m with, and that is a pretty incredible education in and of itself.

In New York, my downtime is acupuncture. My downtime is going to the Brooklyn Botanic Garden in February and spending time in the greenhouses sitting there for a long time, playing in the park, going to the beach. But it’s also making photographs, too. In Mexico City, I like to spend time on the canals of Xochimilco. Some friends and I went out on the trajineras for hours and that’s downtime, too. I was still making pictures and talking and playing and just having a good time, but making work also feels like a nice way for me to be outside. 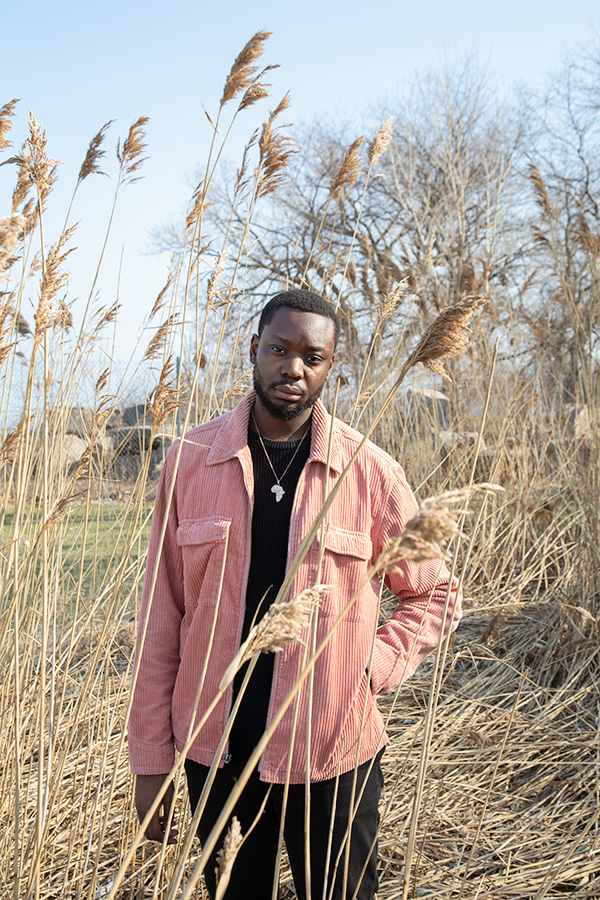 Naima Green, Lawrence, Harold Washington Park, from the series, Jewels from the Hinterland, 2019, Archival inkjet print. Courtesy of the artist. 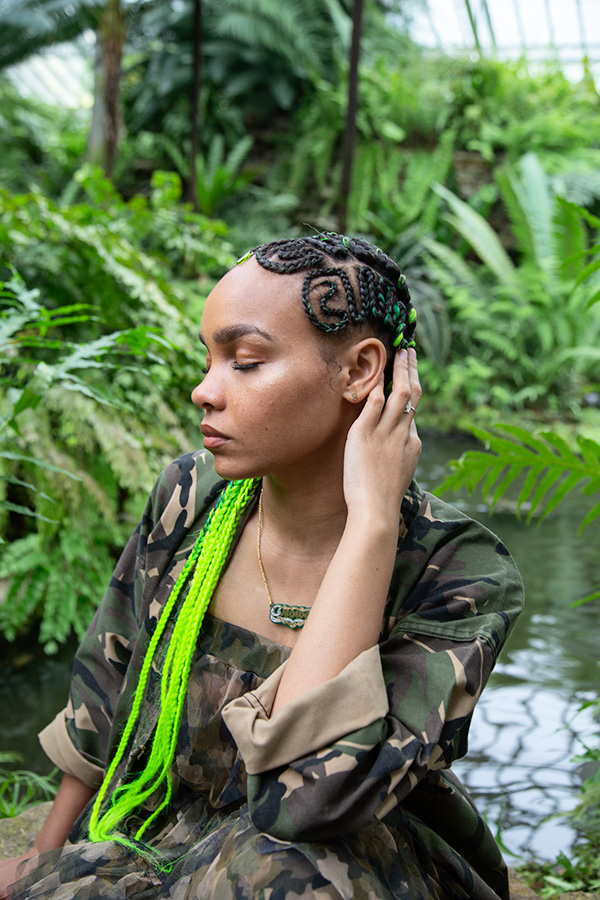 Naima Green, Shani, Garfield Park Conservatory, from the series, Jewels from the Hinterland, 2019, Archival inkjet print. Courtesy of the artist. 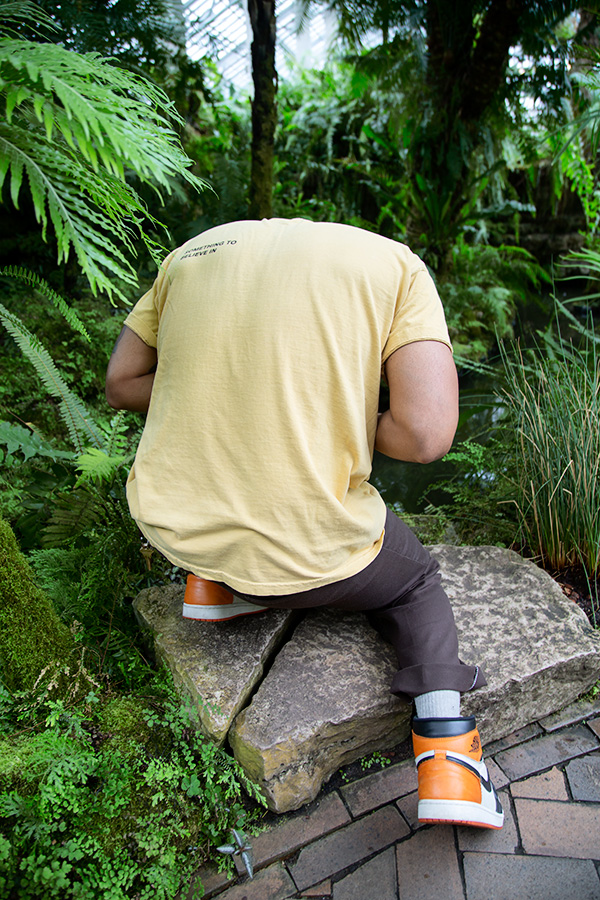 Naima Green, Nolis (Something to believe in), Garfield Park Conservatory, from the series, Jewels from the Hinterland, 2019, Archival inkjet print. Courtesy of the artist. 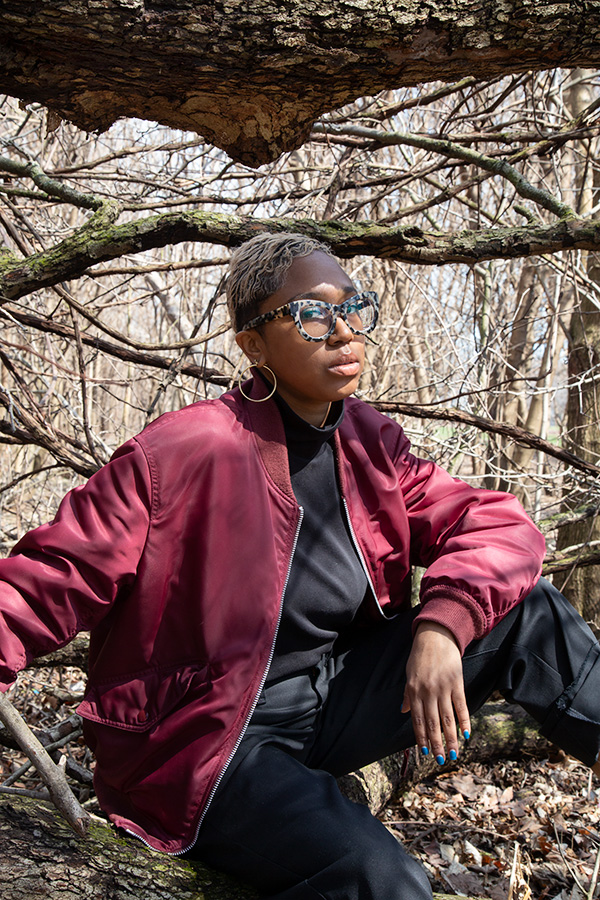 Naima Green, Zakkiyyah, Jackson Park, from the series, Jewels from the Hinterland, 2019, Archival inkjet print. Courtesy of the artist. 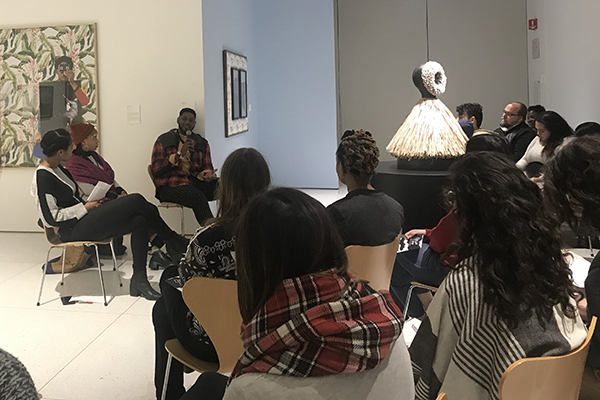