The Stage is All the World: The Theatrical Designs of Tanya Moiseiwitsch

This catalogue offers several essays celebrating the life and work of Tanya Moiseiwitsch (1914–2003), who changed the theatrical world for generations to come.

By sculpting theatrical space in a way that emphasized the actors' relationship to each other and to the audience, she sharpened the focus on the text. Influenced by the Globe and, perhaps, by its motto, her innovative stage architecture and three-dimensional design concepts inspired a fresh understanding of the classics.

Her works include sets for Cambridge’s Oxford Theater, in its productions of The Merchant of Venice and Sweeny Todd, the Barber of Fleet Street; Cyrano de Bergerac at London’s New Theater, The Shakespeare Memorial Theatre in Stratford-upon-Avon’s monumental production of Shakespeare’s History Cycle (Richard II; Henry IV Parts I and II; Henry V); Richard III and The Winter’s Tale for Canada’s Stratford Festival; The House of Atreus for the Guthrie Theater in Minneapolis; and the Phaedra Britannica at the Old Vic in London.

Published in association with the University of Washington Press

Available for $30 in person in the Smart Museum Shop. 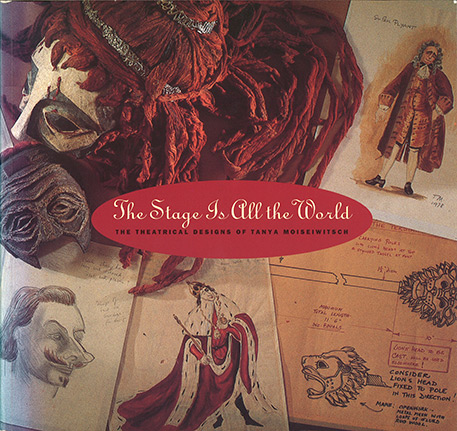