Some of the most celebrated images of nineteenth-century American photography emerged from government-sponsored geological surveys whose purpose was to study and document western territories. Timothy H. O'Sullivan and William Bell, two survey photographers who joined expeditions in the 1860s and 1870s, opened the eyes of nineteenth-century Americans to the western frontier.

Highlighting a recent Smart Museum of Art acquisition, One/Many brings together an exquisite group of photographs by Bell and O'Sullivan. Particularly noteworthy are their photographic panoramas, assemblages of individual images joined together to form a continuous, horizontal landscape view. These panoramas have not been exhibited in well over a century and have never before been published. For the first time, One/Many investigates their role and purpose both within and outside of the surveys, taking into account the larger context of nineteenth-century modes of viewing. The volume also allows the little-known Bell's work to be better understood next to that of his more famous colleague.

Published in landscape format, with handsome full-page reproductions of the vintage photographs at nearly full scale (including gatefold panoramas), this catalogue features scholarly essays by Joel Snyder and Josh Ellenbogen and a section on nineteenth-century photographic techniques.

Available for $28 online from the University of Chicago Press or in person at the Smart Museum Shop. 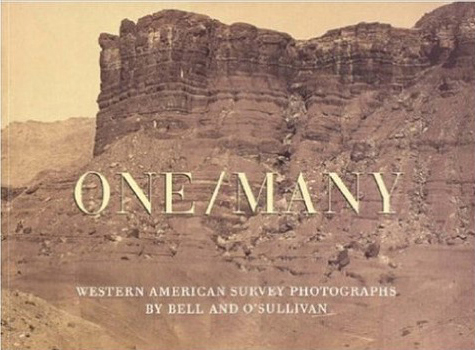