While digging through the Smart Museum’s extensive decorative arts storage in late July, I came across a massive set of architectural fragments. Filling up nearly four shelves, floor to ceiling, these brick and terracotta pieces were profoundly different from the antique furniture and sculpture I had been encountering until then.

My research revealed that these pieces were part of an old Louis Sullivan building from 1884, the Scoville Factory, which had been one of Sullivan’s first big projects. It was exciting to realize I had uncovered an unexpected element of Chicago’s architectural history, which the Smart Museum had preserved for decades! But how and why had these works ended up in the Smart Museum’s collection?

Louis Sullivan was one of the most significant nineteenth century American architects, a pioneer who embraced steel technology and developed the first skyscrapers. He was also instrumental in the development of Chicago, helping to rebuild the Windy City following the Great Chicago Fire in 1871 and featured in the World’s Columbian Exposition held in Chicago in 1893. Today, much of Chicago’s architecture can be attributed to Sullivan and those who were inspired by his work.

But beyond just an architect, Sullivan was an incredible artist who developed elaborate decorations for his building in metal and terracotta. His buildings are some of the most beautiful in the world. Museums all over the world seek to acquire elements of his ornamentation and design. One of the most famous is the Art Institute of Chicago, which has collected parts of Sullivan’s Chicago Stock Exchange Building to preserve and exhibit the city’s cultural heritage. The original marble arch entrance now stands outside the Art Institute, while the Trading Room has been reconstructed in the museum itself.

The Smart Museum also boasts an impressive collection of Sullivan treasures from the Stock Exchange building, including doorknobs and decorative railings. The structure’s original elevator doors have even been incorporated into the physical structure of the Museum, serving as the doors to the upstairs offices. As an intern, I walk through these doors every single day and am constantly reminded of Chicago’s historic connection to steel and industry.

Works like these architectural fragments began entering museum collections in the 1970s.  By the mid-twentieth century, Sullivan’s elaborate buildings clashed with the emerging minimalist aesthetic and many were torn down. To save Sullivan’s ornamentation, the General Services Administration began a project to salvage elements of his designs, collecting large portions of decoration from the Scoville Building demolished in 1973. The following year, the GSA offered the salvaged pieces to museums across the country, such as the Metropolitan Museum and the Minneapolis Institute of Art. The project was a huge success. The Smart Museum also acquired an entire window arch as well as decorative wall ornamentation. In fact, these were some of the first works to enter the Museum (then the Smart Gallery), which had just opened its doors that same year, in 1974.

The architectural fragments acquired by the Smart Museum possess the quintessential traits of Sullivan’s style. They are made of terracotta, one of Sullivan’s trademark materials.  Terracotta was light and malleable, easy to shape and adhere to the sides of massive buildings. However, the Smart’s Sullivan collection is, in other ways, quite unique. Unlike most other museum collections, these pieces have remained virtually untouched. The fragments retain their original silver paint, which would have sparkled on the building facade. The terracotta ornaments are attached to brick, showing the original structure of the factory. These bricks, many broken or scratched, are also a reminder of the building’s demolition and reveal how fortunate the museum is to have acquired these works at a time when such ornamentation was being erased from Chicago. As a result, the Smart Museum’s architectural fragments are incredible examples of Sullivan’s pioneering designs and Chicago’s architectural history.

This is the first in the Secrets of Storage series, where Emelia shares findings uncovered during her collections research internship. 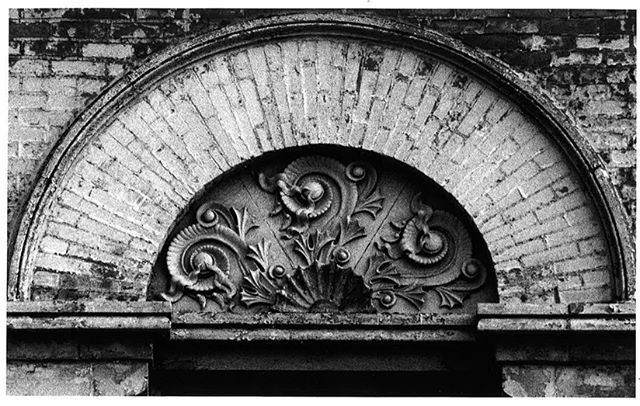 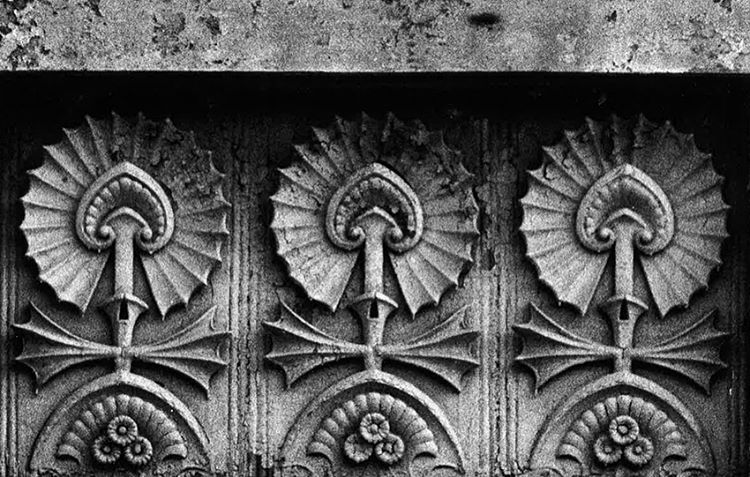 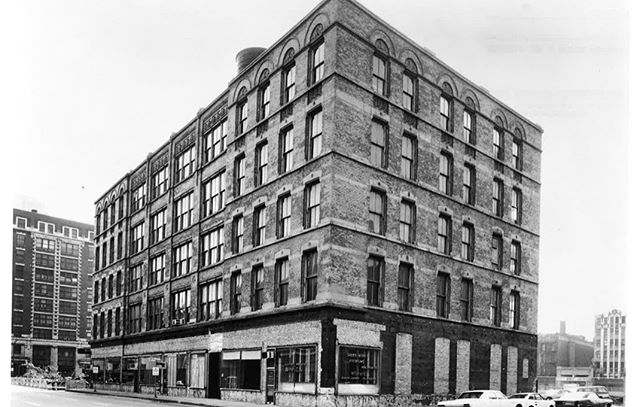