George Cohen (1919–1999) was the eldest figure in the Monster Roster. Like Leon Golub, he had studied at the University of Chicago in addition to attending art school, hence their shared scholarship in classical history and mythology. Cohen was more totemic in orientation, but also influenced by Etruscan and Roman painting he encountered in Rome in 1960.

He described his work as “a phenomenologically reverberating shift from present to past to anticipatory future.”[1] He was a professor in the art department at Northwestern University starting in 1948.

Cohen was never fully comfortable with the assignation Monster Roster: “A Chicago critic later called what we had done ‘Monster Art,’ an unfortunate term that described a small facet of it all and helped to bury the rest of what we were doing (critics are the true anticultural agents).”[2]

“To achieve an ever-present moment is a kind of artistic triumph but one can ask more. Paintings can reach beyond the limits of immediacy to evoke recall and prophecy.” 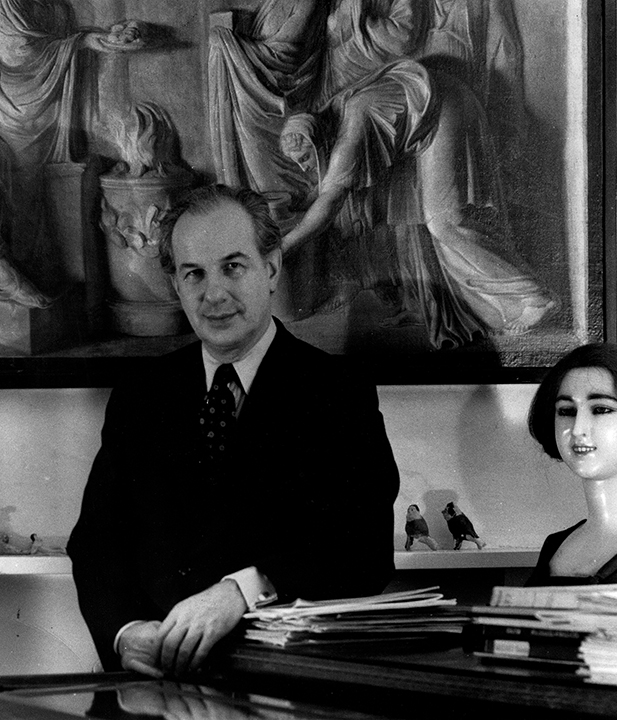