In the beginning, the University’s art collection was void and formless. Artifacts and paintings were scattered around department offices and lounges, often packed away in storage. Many of these items had long since lost the teaching context for which they were originally intended.

In the late 1960s, these art objects became the foundation of the then nascent Smart Museum’s collection. At the time of the Smart’s founding, Katharine Lee Keefe, the museum’s first curator, along with a slew of art history graduate students conducted a campus-wide survey of all the original works of art which formed the inheritance of the new museum.

The Smart was fortunate to receive this inheritance especially because there was no fund for acquisitions in its early days. Ed Maser, the founding director, had to rely upon the generosity of alumni and local collectors to build the Smart’s permanent collection.

One of the major, landmark donations to the museum came in the form of a memorial for UChicago Law School student Joel Starrels Jr.

In 1974 Joel Jr.’s parents, Joel and Celeste Starrels, through their connection to the University and friendship with the Smart family, donated their extensive collection of nearly 170 works of late-nineteenth and twentieth-century European art, including a large number of sculptures and sculptors’ drawings. The Joel Starrel’s Jr. Memorial Collection formed the basis for the Smart’s inaugural exhibition which opened October 23rd 1974 and ran through December of that year.

The sculptural focus of this inaugural endeavor echoes our upcoming celebratory exhibition, Carved, Cast, Crumpled: Sculpture All Ways, which is made up entirely of three-dimensional works and sculptors’ jottings. The exhibition will draw substantially from the Joel Starrels Jr. Memorial Collection as well as from more recent works the museum has been able to obtain through the continued generosity of alumni and collectors and through the Paul and Miriam Kirkley Fund for Acquisitions.

In 1974, the Smart opened with a sculpture-focused exhibition. In 2014, the Smart will kick-off its 40 year anniversary with a sculpture-focused exhibition. These shows certainly echo each other, and the differences between them reveal the residue of time’s passage on the museum. Much has changed over the years, but echoes of the past reverberate in these present-day celebrations. 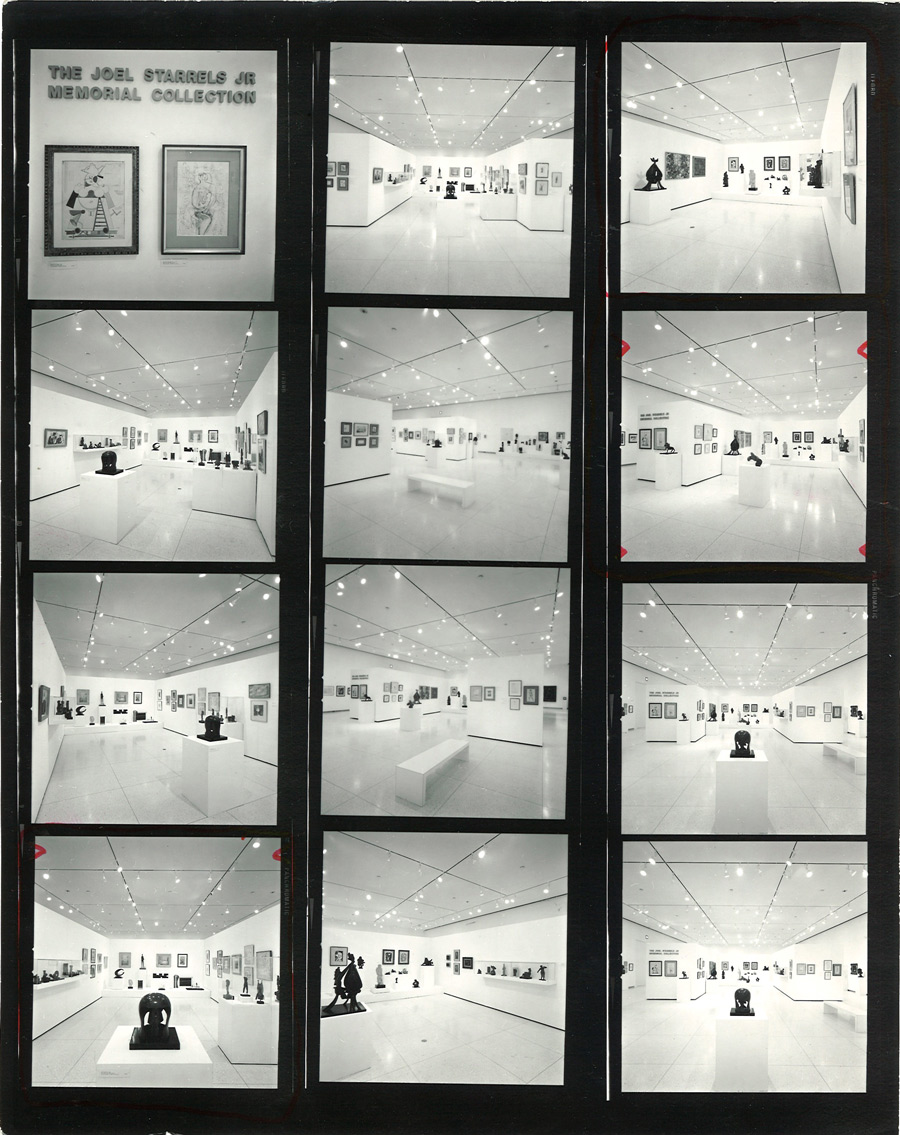 Installation photos of the Smart's inaugural exhibition in 1974 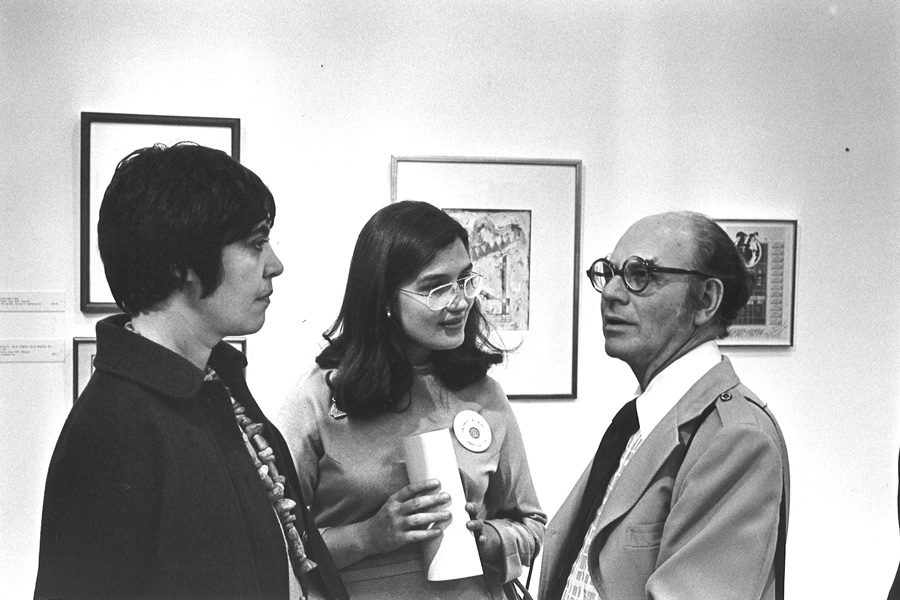